The feature race at Newbury on Saturday is the £150,000 Group 2 Hungerford Stakes for three-year-olds and upwards over seven furlongs. The race first run in 1949, originally on the round course before being switched to the straight track in 2002. It was elevated to Group 2 status in 2006 and is one of the most prestigious seven furlong races of the season.

Frankie Dettori is the most successful rider in the history of the Hungerford Stakes with six winners, the most recent being Shakespearean in 2010. John Gosden is the leading trainer on the same total while Jimmy Reppin (1968 and 1969) is the only horse to win the race twice. Other notable winners include Dalsaan (1981), Salse (1988), Distant Relative (1989), Harayir (1995), Paco Boy (2008) and Excelebration (2011).

This race has so far eluded leading Irish Trainer Aidan O’Brien who saddles the likely favourite this year with Gustav Klimt. He started among the favourites for the 2000 Guineas at Newmarket in May but could only finish sixth to stable companion Saxon Warrior. The son of Galileo was then third in the Irish Guineas before finishing second to Without Parole in the Group 1 St James’s Palace Stakes at Royal Ascot.

Gustav Klimt has since run well at Deauville and Goodwood, most recently finishing fourth to Lightning Spear in the Sussex Stakes. O’Brien is a master at switching horses back in trip, as he showed with US Navy Flag in the July Cup at Newmarket.

Gerald Mosse has been booked to ride Sir Dancealot for David Elsworth. He rode the four-year-old to victory at Newmarket in June and was successful in the Group 2 Lennox Stakes at Goodwood. He overcame traffic problems to get up in the last stride that day but must carry a penalty for that success.

Connections of Librisa Breeze will be among those hoping for rain in the Berkshire area this week. The grey has shown his best form with plenty of cut in the ground, notably when winning the Group 1 Champions Sprint at Ascot in October. He ran his best race since when making late progress to finish fourth to Polydream in the Group 1 Prix Maurice de Gheest at Deauville recently. Librisa Breeze started favourite for this race last year but could not peg back Massaat in the closing stages.

Another horse that would appreciate more rain is 2014 winner Breton Rock. He is a real seven furlong specialist and has a very impressive record in soft ground. Punters overlooked him at Goodwood last year on good ground when he quickened up to win at odds of 50-1. He hinted that a return to the winners’ enclosure is not far away when third to Sir Dancealot at Goodwood.

Yafta is a progressive three-year-old trained by Richard Hannon. He gained his first Group 3 success when edging out Protection by a head at Newbury in July. That was over six furlongs but he has been placed twice at this distance. Sir Michael Stoute’s Dream of Dreams was beaten only half a length when third to Yafta here last time. The chestnut has only won three of his fifteen races and the step back up in trip is interesting. He can take a pull in his races and he will need to get settled in the early stages. 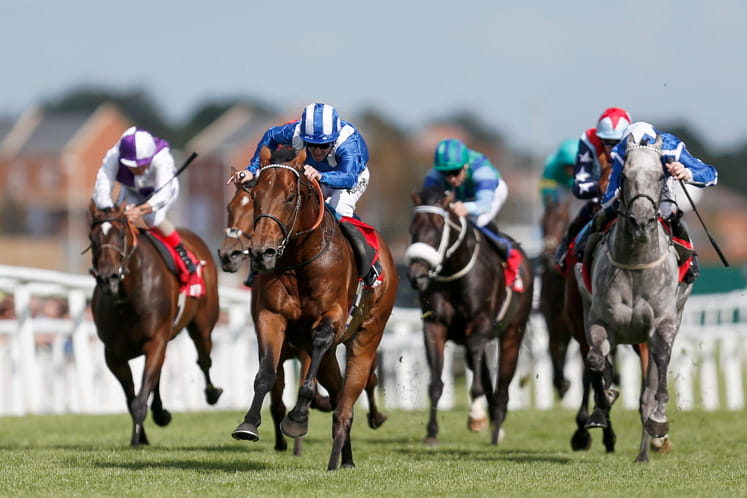 The Hungerford Stakes is due off at 3.35 at Newbury on Saturday 18th August and will be televised live on ITV4.