Huddersfield Town relegated from the EPL

Time has been called on Huddersfield Town’s stay in the Premier League. A 2-0 defeat at the hands of fellow strugglers Crystal Palace consigned the three-time league winners to the Championship.

The clocks went back at the weekend but on the field, Huddersfield’s dreams of turning back time to emulate former glory days are over. Instead, the realism has started to dawn on the West Yorkshire club and their supporters that they will be plying their trade in the Championship rather than the Premier League next season.

It’s probably fair to say the writing has been on the wall for a while for Huddersfield.

In the 2017-2018 campaign, the Terriers looked certainties for the drop and owe a massive debt of gratitude to Swansea, who aided Huddersfield’s cause by imploding in the run-in with a 10-game winless streak. It was close, with Huddersfield ending the season in 16th place, a gap of four points over the Welsh club.

However, almost all the stats from that season indicate they should have been relegated. After 38 games played, Huddersfield’s record reads nine wins, 19 losses with just 28 goals scored with 58 conceded. A deficit of 30 goals. Only relegated Stoke had a worse goal difference, ending the season on -33.

Fast forward almost a year, and the stats are even worse. Three victories, five draws with 24 defeats make for grim reading. It could yet become even worse with Liverpool, Tottenham and Manchester United fixtures still to come.

With some teams, it can be challenging to put your finger on where problems lie. However, that’s not the case with Huddersfield. In a nutshell, a goal-shy strikeforce and a leaky defence. Currently, Manchester City have Sergio Agüero on 19 goals and Liverpool have Mohamed Salah and Sadio Mané on 17, Harry Kane and Pierre-Emerick Aubameyang also have 17 for Tottenham and Arsenal respectively. Huddersfield’s top scorers are Karlan Grant and Mathias Jorgensen who have managed just three goals each. 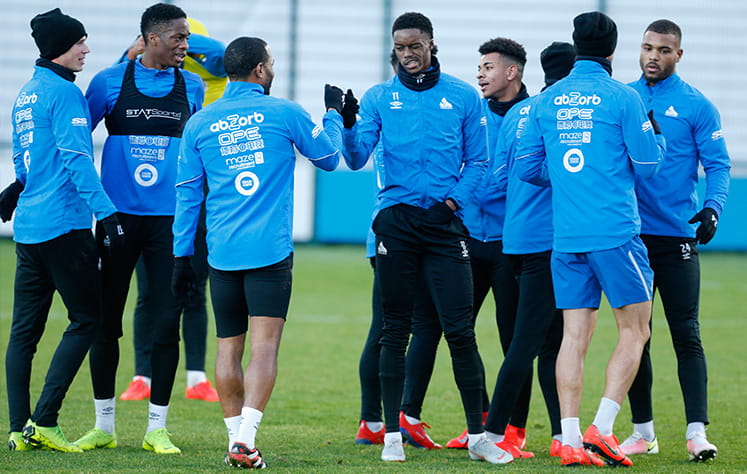 Once in a lifetime for Huddersfield?

It is quite easy to forget now how incredible an achievement it was for Huddersfield to reach the holy grail of the Premier League. When former Borussia Dortmund coach David Wagner took over from Chris Powell in November 2015, the club was languishing in 18th place in the Championship.

Chairman Dean Hoyle praised Wagner, stating that the then 44-year-old’s football philosophy was a perfect fit for the club. These words seem prophetic with hindsight as Wagner led the bookies favourite for the drop to a dramatic playoff final victory on penalties against a Reading team managed by Jaap Stam. Wagner’s team displayed true grit to fight back from 3-1 down to win the game.

With the club soon to be back in the Championship, are they likely to bounce back? It looks unlikely with the current personnel. Huddersfield have averaged 0.6 goals per game and have an average possession stat of 48.2%. They make almost twice as many tackles per game than shots which would suit a counterattacking team, but without a goalscorer, it is difficult to see where this threat will come from. The Championship is a tough league to get promoted from, I fear Huddersfield will be making it their home for many years.