How Much is too Much? The Rise and Rise of Ticket Prices in UK Football

It’s been a heated few weeks in Merseyside. After announcing ticket price hikes – £77 for a match day ticket and £1,029 for a season ticket – Liverpool FC’s owner, Fenway Sports Group, found themselves on the wrong side of the bullish Liverpool supporter groups, Spion Kop 1906 and Spirit of Shankly. Amid weeks of unrest and turmoil, culminating in a dramatic 10,000 person strong walkout at the club’s lacklustre 2-2 draw with Sunderland, Liverpool fans achieved the impossible and convinced the club’s owners to perform a dramatic U-turn on the planned price hikes.

The walkout, along with proposals voiced by the club’s maverick German manager, Jürgen Klopp, resulted in a compromise being issued: general admission prices have been frozen for the next two seasons, game categorisations have been removed and there will be 10,000 £9 tickets available across each Premier League season. Not only that, but the owners issued a formal apology to the club’s supporters, admitting that they got it wrong in regard to ticket pricing.

What do the Fans Want?

In the age of outlandish ticket prices in the UK, the week’s events in Liverpool were a welcome reminder of the power of fans against greedy corporate ownership. But the events there are also a rarity. Supporters of almost all top flight clubs have expressed anger at the price of match day tickets, but little in the way of tangible protest has taken place.

The Liverpool situation is also atypical of most of the disdain currently enveloping supporters groups across the country. While tickets for home games are almost universally viewed as too high, much of the protest currently is against outrageous prices for tickets to away games. The Football Supporters Federation (FSF), for example, is currently leading the charge with the ‘Twenty’s Plenty’ campaign, an initiative to reward the commitment of travelling fans with an across the board £20 limit on away tickets for Premier League fixtures. 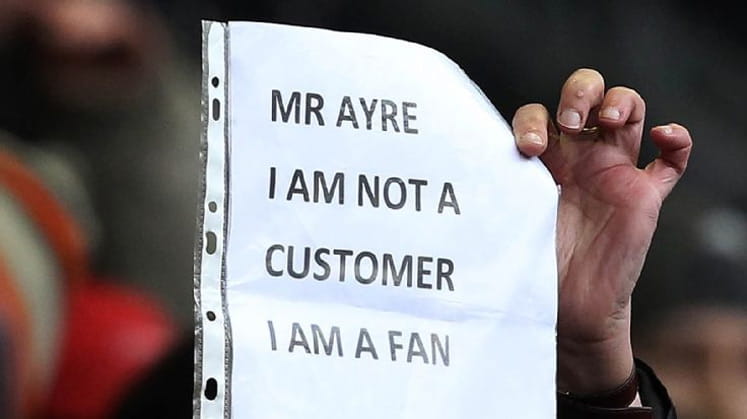 This initiative is picking up pace among some top flight clubs. Despite this, just last week at a meeting between all 20 Premier League teams, the motion was snubbed when it failed to achieve the two-thirds majority required to carry it through. The FSF vows to continue the fight, amid unified support from most supporters groups, but the true power lays with the clubs. On the whole, however, with the clubs cold to the idea of price caps, the situation looks only to be going one way. So what, if anything, can be done about it?

What Can be Done?

After the success of fan protests at Liverpool, supporter groups are making a conscious effort to up the pressure. A recurring argument is that a portion of the huge funds each Premier League club will receive as part of a new £8bn TV deal should go to providing concessions for fans’ away tickets, for younger supporters or at the least to freeze current prices.

The mammoth funds from the TV deal will be key in the battle for cheaper tickets. The salary cap put in place three years ago to determine how much of the old TV deal is used on players’ salaries comes to an end at the climax of the current season. A new meeting between the League and its clubs will take place in June, to decide what percentage of the money will be ring-fenced from players’ wages and agents’ fees. This year, with the spotlight well and truly shining on both astronomical wages and inflated ticket prices, scrutiny will be greater than ever.

What fans want to see is clear, but exactly what they’ll get is a lot less assured. Although limits to wages will be introduced, in reality, the spare cash can instead be used for transfers or on other means. Although the spotlight will be on the clubs in June, it has already been so for the past three years, and in that time prices have continued to rise. What supporters want and what they get, may well be two entirely different things altogether. 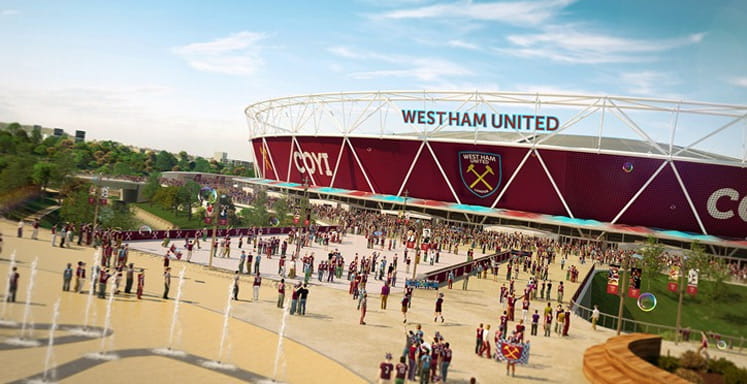 Ticket prices have almost unanimously risen, but in recent times, one notable anomaly is West Ham United. Amid the upcoming move to the Olympic Stadium in Stratford next season, the club has introduced among the cheapest season tickets available in the league, starting from £289 for adults and £99 for kids.

It’s a forward thinking strategy, but there are of course ulterior motives than providing a cheaper service to the club’s fans. The new stadium has a capacity of 54,000 – that’s almost 20,000 more places to be filled than at the club’s current stadium, the Boleyn Ground. The ability to fill this stadium is of course a pre-requisite to upgrading and the drop in ticket prices is without doubt more to do with this requirement, than any service to the fans.

Similar motivations can be argued to be behind the move to a new stadium itself. A transfer from the club’s home in London E13, to the most well connected stadium in the country, is a tantalising offer to both casual fans and investors alike. While most fans are in favour moving to a new stadium, it seems that big business decisions and desire for profits are the biggest inspirations for the move. Like me, I’m sure many a Hammer is wondering just how long this will all last, as these motives begin to unravel and ticket prices restart their wayward climb.

The low prices being touted for the club’s new season tickets are also a little misleading, since they are for the cheapest seats, in tier 5. The most expensive categories, at £899 and £799, represent just a 3% and 7% drop respectively. Of course it’s a step in the right direction – Premier League season tickets have consistently risen at over 3 times that of inflation since the league began. Compare the prices to clubs in Europe however and the problem becomes even bigger.

The Situation in Europe

If the problem in the UK isn’t bad enough in absolute terms, then looking at it relatively adds a whole other dimension. Supporters of Bundesliga champions Bayern Munich enjoy season tickets of around £100, while a season ticket at La Liga giants Barcelona costs just £74. This is four times cheaper than the Premier League’s cheapest season ticket – £294 at Stoke City – and five times cheaper than the most expensive, at Arsenal. I don’t know about you, but I’d much prefer a night at the Allianz Arena or the Nou Camp, than another windy night at the Britannia.

It’s very much a UK problem then, with fans on the continent enjoying much, much cheaper rates and in most cases, watching more successful teams. Popular opinion in Germany is that the excessive money involved in UK football is ruining the game. Borussia Dortmund fans enjoy match tickets as low as £9 in the standing area, where they are a part of the famed ‘Die gelbe Wand’.

So is it a case that attitudes need to change? Take the above quote from then Bayern Munich President, Ulrich Hoeneß. This compassionate, empathetic attitude to the club’s fans is in stark contrast from the tunnel vision, profit seeking motives of Premier League clubs. But then, looking at the ownership structures of British clubs compared with their European counterparts, of course it is. This attitude can only stem from the ownership structures in German football, which means that, ultimately, the problem is one of policy.

Whereas in England, billionaire tycoons or moneyed business groups have taken over, Germany still has the 50+1 rule largely in place, that dictates that the members – namely the fans – have the controlling stake in a team. While there are two exceptions in the Bundesliga – Wolfsburg and Bayer Leverkusen – this policy pervades most levels of German football and ensures that the members’ interests, rather than that of big business, take precedence. German football should not be looked on as a footballing utopia however; just last week, Borussia Dortmund fans threw tennis balls onto the pitch as a sign of protest against rising ticket prices.

Any Signs of Progress?

The key battleground in the short-term will be June’s negotiations over the distribution of the TV deal funds. Supporters groups will really up the anti when it comes to pressure on this issue. Recent research has shown that clubs currently spend just 0.23% of the current TV funds on concessions for fans and that increasing this to just 0.72%, would be enough to permit a £30 cap on tickets to away figures across the league. 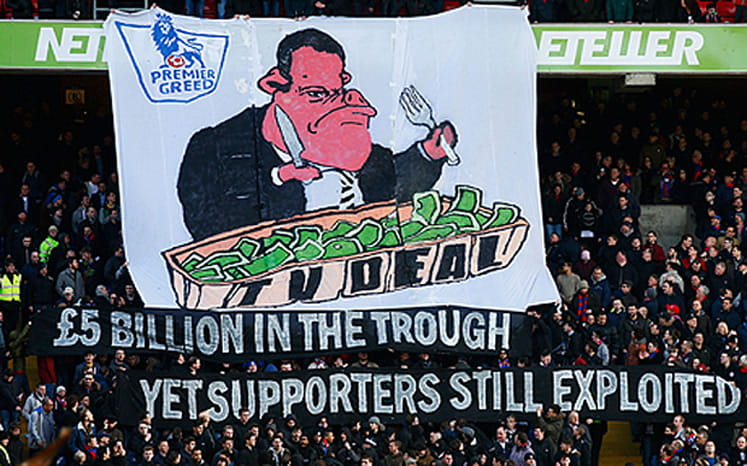 The plight of the FSF and their battle for concessions for travelling fans is one area of potential success then, especially as the Premier League itself does appear to be warming to the issue, having recently confirmed that it will push through the plans to cap the price of away fixtures. Just what level this cap will be after negotiations and compromise among the League and clubs has taken place remains to be seen, but it’s a sign that things may move in the right direction, at least in regard to away fixtures.

But without significant changes to the depth of money and wages involved, the issue as a whole will not go away. With foreign investment driving UK clubs, investors are keen to follow the likes of Roman Abramovich or Mansour bin Zayed al Nahyan and build a super club, through sheer volume of cash alone. This will only serve to exacerbate the issue, rather than remedy it.

There’s no one root cause or single solution to this problem afflicting the beautiful game in England. There needs to be policy, attitude and structural changes implemented, before the situation even begins to resolve itself. Most invested fans believe that they must see a statement of intent from the league and its clubs before the end of this season , if there’s to be any improvement for the start of the 2016/17 season. 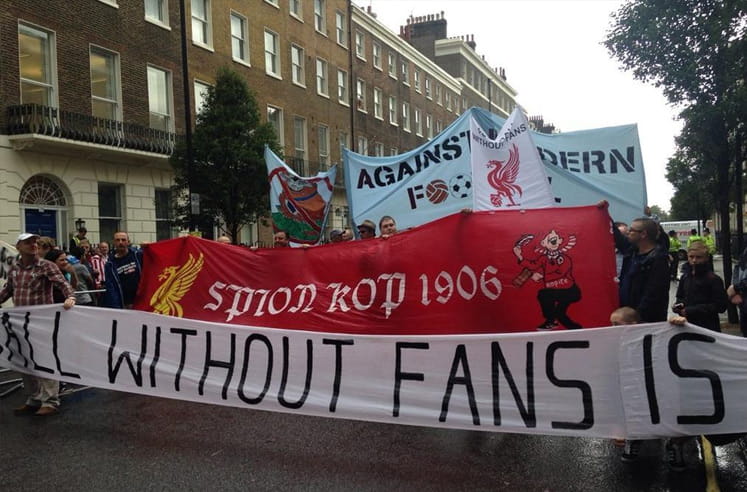 Returning to Merseyside, the FSF have hailed last weekend’s events as a game changer in the battle between fans and the increasing greed of clubs’ owners. While the situation there is isolated and the protest only alleviated the situation for Liverpool fans, there is hope that all clubs’ supporters can be unified in a specific course of action, for the future.

One positive is the sheer level of attention the club’s supporters have drawn to the issue. The problem has now taken on a political edge, as British Prime Minister David Cameron promises to investigate the cost of tickets and potential solutions. There’s hope that Liverpool fans have sparked the impetus for change. Though in reality, last weekend was probably a small victory in a big war, one that the fans are losing.