The King George meeting at Ascot and Glorious Goodwood provide punters with a feast of top class racing over the next couple of weeks.

The late defection of odds-on favourite Postponed has led to a major shake-up in the betting for the Group 1 King George VI and Queen Elizabeth Stakes at 4.30 on Saturday. Roger Varian’s five-year-old was ruled out with a respiratory infection on Wednesday morning.

Her Majesty The Queen’s Dartmouth has been supplemented for the race and is the new market leader but preference is for Aidan O’Brien’s Highland Reel. He has already shown himself to be a Group 1 performer with success in the Secretariat Stakes and the Hong Kong Vase.

There will be plenty of interest in Fair Eva in the Group 3 Princess Margaret Stakes at 2.45. She is a daughter of Frankel and the first to race in the colours of Khaled Abdullah. She won impressively at Haydock on her debut and earned a 25-1 quote for next season’s 1000 Guineas. 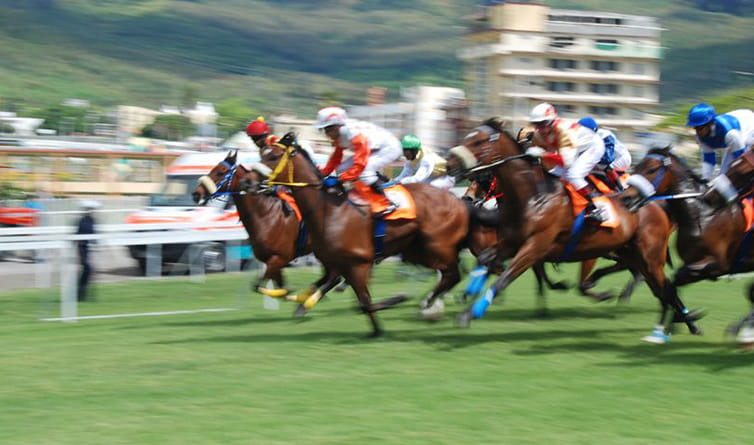 The £150,000 Gigaset International Stakes at 3.20 could see Heaven’s Guest and Mutawathea renew rivalry. They recently finished second and third respectively in the Bunbury Cup at Newmarket and this looks a logical target for both horses.

There is also some good quality racing at York on Saturday with Time Test expected to line-up in the Sky Bet York Stakes at 3.35. Trainer Roger Charlton made no secret of the fact that he feared the soft ground had gone against his colt in the Eclipse Stakes and so it proved. He finished third but was never travelling with his usual fluency and a far better display is anticipated on the Knavesmire.

The supporting card includes the £50,000 Sky Bet Dash at 4.10. Tanzeel beat Shore Step by two lengths last year and they are set to meet on identical terms. The early market support for Tanzeel suggests he is coming back to form at the right time while Shore Step has been aimed at this race for some time.

Glorious Goodwood gets under way on Tuesday 26th July with a high-class field expected to line-up for the Group 2 Lennox Stakes. Richard Fahey’s Ribchester was very impressive in the Jersey Stakes at Royal Ascot and is set to take on his elders over seven furlongs. The main danger could be Hugo Palmer’s Home Of The Brave while Dutch Connection will be hard to beat if diverted here from the Sussex Stakes.

The big race of the week is the Group 1 Sussex Stakes on Wednesday with Galileo Gold set to clash with The Gurkha. Many observers felt that the result in the St James’s Palace Stakes may have been different had The Gurkha been able to get a clear run. He has since finished second in soft ground in the Eclipse Stakes over ten furlongs.

Big Orange bids for a repeat win in the Group 2 Goodwood Cup on Thursday following his recent success at Newmarket. He held Quest For More and Trip To Paris in a thrilling finish last year and all three horses should be in the fit for this season’s renewal.

Franklin D will be a popular choice for the Betfred Mile on Friday after romping to a six lengths win at Newmarket last weekend. The application of a visor seems to have transformed the colt and he is set to race off only a 2lbs higher mark at Goodwood.

Muthmir could attempt to repeat his 2015 win in the King George Stakes on the same card. He has not won since but looked to be on the way back when finishing third at York recently. Take Cover was only beaten a head in this race last year while Goldream could also feature if he gets his favoured fast ground.

The final Group 1 race of the week should see 1,000 Guineas and Oaks winner Minding claim another top prize in Saturday’s Nassau Stakes. The big betting race of the week is the Stewards’ Cup which has attracted a massive entry. Dancing Star is among the market leaders after her success at Newmarket but she looks unlikely to get in and could run in the consolation race instead.

The prolific Orion’s Bow has been mopping up handicaps in the north this season and could attempt a six-timer for David Nicholls. Toofi was second last year while Golden Steps is another to consider, the winner of the consolation race last year.