The Shergar Cup at Ascot takes the spotlight this weekend along with Saturday’s feature races at Haydock and Newmarket. We also take an early look at the ante-post betting markets for the York Ebor Festival which gets under way on August 17th. 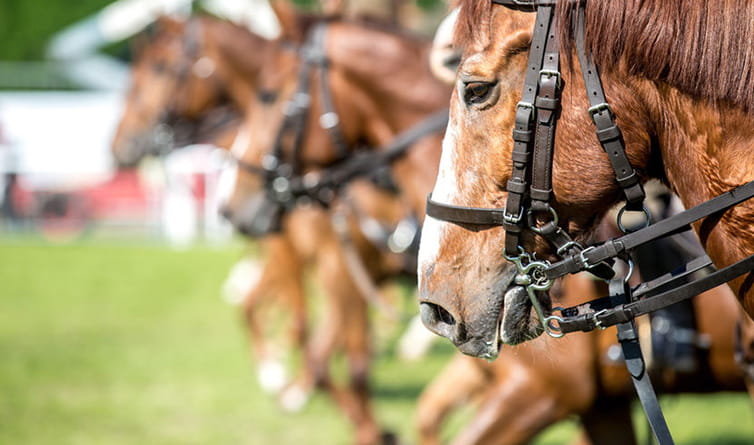 All eyes will be on Hayley Turner at Ascot as she makes a surprise return to the saddle in The Shergar Cup. The 33-year-old has been persuaded to come out of retirement to assist the Girls team following injuries to Sophie Doyle, Michelle Payne, Sammy Jo Bell and Cathy Gannon. The popular jockey has been enjoying her media work and has no plans to make a full-time comeback.

Turner will be joined by Josephine Gordon and team captain Emma-Jayne Wilson as the Girls defend their Shergar Cup title. The girls won three of the six races last year and Wilson will be making her fifth appearance in the event. Frankie Dettori captains the European side while GB and Ireland and the Rest Of The World will be captained by Joe Fanning and Silvestre de Sousa respectively.

Europe won the inaugural Shergar Cup in 2000 and has been victorious on three further occasions. Ireland won the event for three successive years between 2009 and 2011 before being merged with the GB team in 2012. Their combined tally of five victories is equal to that of the Rest of the World who last won the Shergar Cup in 2012.

The Group 3 Rose Of Lancaster Stakes is the feature race at Haydock on Saturday at 3.45. Foundation is likely to return to the track for the first time since finishing last in the French Derby in June. Arab Spring is also on the comeback trail for Sir Michael Stoute having not raced since finishing second in the Brigadier Gerard Stakes in May last year.

With doubts over the fitness of several of his rivals, this looks an ideal opportunity for Roger Charlton’s Decorated Knight. He was beaten a short-head at Epsom in June but put up his best performance to date when winning the Group 3 Meld Stakes in Ireland last month.

The feature race at Newmarket on Saturday is the Group 3 Sweet Solera Stakes at 3.15. Godolphin have a fine record in this race and will have high hopes for Easy Victory, a comfortable winner here on her debut last month. Preference is just for John Gosden’s Dabyah who has a very similar profile. She won over course and distance when beating Amabalis by half a length. The runner-up did the form no harm when second to the smart Rhododendron at Goodwood last week.

No sooner had the dust settled on Glorious Goodwood than bookmakers were chalking up prices on this month’s Ebor meeting at York. There are ante-post markets on the five feature races of the week starting with the Great Voltigeur Stakes.

This race is usually a good guide to the St Leger and this year’s race is no exception. The current favourite for the season’s final Classic is Idaho, one of thirteen entries trained by Aidan O’Brien. He finished third in the Epsom Derby and runner-up to Harzand in the Irish Derby at the Curragh. Sir Michael Stoute has ruled out supplementing Goodwood winner Ulysses for the St Leger but he could take his chance at York.

The Group 1 Juddmonte International Stakes is the highlight of the week and Postponed is the ante-post favourite. Roger Varian’s five-year-old was withdrawn from the King George at Ascot at the eleventh hour due to a respiratory infection. His likely opponents include Eclipse Stakes winner Hawkbill while O’Brien has fourteen entries including Sussex Stakes winner The Gurkha and Epsom Derby runner-up US Army Ranger. The ante-post market on the Yorkshire Oaks is also dominated by the Ballydoyle trainer with Irish Oaks winner Seventh Heaven currently available at 9-2.

Profitable is the early favourite for the Nunthorpe Stakes where Mecca’s Angel and Acapulco could renew rivalry. They finished first and second last year when the ground was good to soft. Mecca’s Angel is a far better mare when there is cut in the ground so it would be wise to wait until closer to the day before supporting her.

The big betting race of the week is the Betfred Ebor Handicap and Northumberland Plate winner Antiquarium is among the market leaders. Housesofparliament will be a leading contender if Aidan O’Brien decides to run the three-year-old with just 8st 7lbs on his back. Galway winner Clondaw Warrior and Sir Michael Stoute’s Dannyday are others prominent in the betting among a massive entry of 129 for Europe’s most valuable handicap race.

Skybet have also opened betting on the Lowther Stakes which is the target of next season’s 1000 Guineas favourite Fair Eva. The daughter of Frankel came within a whisker of setting a new course record for two-year-olds at Ascot last time out and is as short as 3-1 favourite for the Guineas.