We picked out the featured races for the York Ebor Festival in our last article and this week we take a look at some the supporting races.

The big betting race on day 2 on Thursday is the Clipper Logistics Stakes at 3.05. Mustashry will be a popular choice for Sir Michael Stoute and Paul Hanagan. He ran on well to catch Pirouette in the final stride at Ascot last month and has been raised 5lbs. The each-way value of the race could be One Word More who was an unlucky seventh to the ill-fated Franklin D in the Betfred Mile at Goodwood.

Stoute also has a leading chance in the Listed Galtres Stakes at 4.20 with Abingdon. The filly got going far too late when second to Fireglow at Newmarket over a mile and a half. She should come into her own with an extra two furlongs to travel and can confirm the Newmarket form with Tiptree. 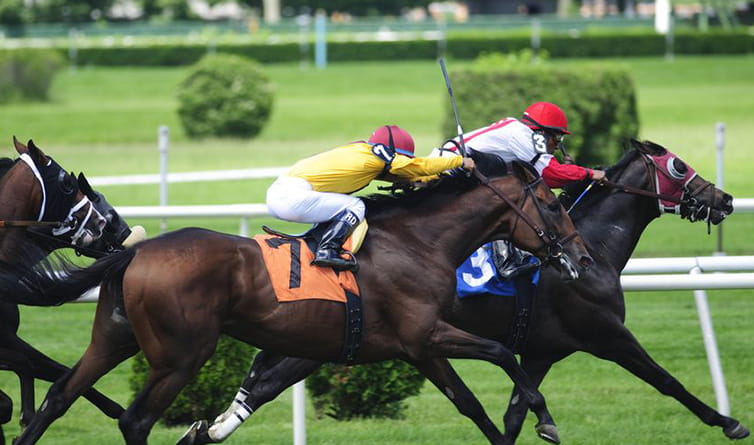 Roger Charlton’s Fair Eva is expected to enhance her reputation in the Group 2 Lowther Stakes. The daughter of Frankel is already as short as 3-1 favourite for next year’s 1000 Guineas after a very impressive victory at Ascot. Aidan O’Brien’s Found is likely to start favourite for the Group 1 Yorkshire Oaks ahead of stable companion Seventh Heaven. The Breeders’ Cup winner has finished second in her last three races.

Last year’s Ascot Gold Cup winner Trip To Paris is a possible runner in Friday’s Lonsdale Cup. He suffered a serious injury after last season’s Japan Cup but made a pleasing return to action when finishing third over an inadequate ten furlongs at Newbury last month. His biggest danger may be Goodwood Cup runner-up Pallasator.

Nemoralia tops the official ratings in the Group 3 Bet City Of York Stakes. Jeremy Noseda’s filly was runner-up in the Group 1 Coronation Stakes at Royal Ascot before finishing fourth in France. She was very impressive at York back in May and has her favoured fast ground on Friday. Librisa Breeze takes a step up in class after landing a gamble in a valuable Ascot handicap while represents the in-form Sir Michael Stoute stable.

Limato is favourite for the featured Group 1 Nunthorpe Stakes over five furlongs. Henry Candy’s gelding was a brilliant winner of the July Cup at Newmarket but now drops back to the minimum trip for the first time in his career. The value bet in the race could be Goldream who loves to hear his feet rattle. Robert Cowell’s gelding ran a fine race at Goodwood on his first start since returning from Dubai this Spring.

There is some high quality action on Saturday’s Ebor card with Scottish fancied to return to winning ways in the Group 3 Strensall Stakes. He suffered a minor set-back earlier this summer and may just have needed the race when beaten at Haydock recently. Blue Point could make it a big-race double on the day for Godolphin in the Group 2 Gimcrack Stakes. He was just outpointed by Mehmas at Glorious Goodwood. He could face a tough rival in the unbeaten Mubtasim, trained by William Haggas.

Ivan Grozny has emerged as clear market leader for the Ebor Handicap after winning easily over hurdles at Galway. Willie Mullins would probably prefer some cut in the ground for the six-year-old. Godolphin could be doubly represented in the big race with Northumberland Plate winner Antiquarium and Doncaster winner Oceanographer.

In our next article we will be previewing the Group 1 Haydock Sprint Cup, won last year by Henry Candy’s Twilight Son. He got the better of Strath Burn and Magical Memory in a thrilling finish and all three could return to the Lancashire track.

We will also take a detailed look at the early betting on the season’s final Classic, the St Leger at Doncaster. September also features the Group 1 Irish Champion Stakes at Leopardstown where Harzand is the ante-post favourite. The English and Irish Derby winner is expected to be tested over ten furlongs with Oaks winner Minding among his possible rivals.