Newbury is the venue for Saturday’s Group 3 Horris Hill Stakes for two-year-olds over seven furlongs.

Run this year as the Bathwick Tyres Stakes, the race is often won by a high class colt. Kris won the race in 1978 while Kalaglow (1980), Glacial Storm (1987) and Tirol (1989) were other notable winners. The Hannon stable has enjoyed considerable success here, father Richard winning four times and his son scoring with Smaih in 2014. Ralph Beckett and Fran Berry teamed up last year with Pleaseletmewin who defeated Kings Gift and Law And Order.

The early market leader this year is Mythical Magic, owned by Godolphin and trained by Charlie Appleby. The son of Iffraaj won a maiden at Ascot in July before taking a Listed race at Deauville in France.

He was made favourite for the Group 2 Champagne Stakes at Doncaster last month and was narrowly beaten in third behind Seahenge. Mythical Magic then attempted to make all the running in the Group 1 Grand Criterium at Chantilly. He was passed inside the final quarter of a mile and dropped away to finish fifth. Stable companion Imperial Past won on his debut at Yarmouth, beating Prime Minister by three-quarters of a length.

Mark Johnston’s Dream Today looks held on Champagne Stakes form having finished over eight lengths back in fifth. He seemed to hang under pressure that day, a trait which had not been evident when winning at York on his debut. Dream Today went some way to redeeming his reputation when finishing second in a Group 3 at Newmarket last time.

Dettori booked for Nebo at Newbury

Frankie Dettori has enjoyed a memorable October with the Group 1 victories of Cracksman and Enable. He has been booked by Charles Hills to partner Nebo in the Horris Hill.

He is a colt by Kodiac out of Kindling by Dr Fong and made a winning debut here in May. Although he has yet to add to that success, Nebo has been competing well in Group 2 races. He was third here in the Mill Reef Stakes and runner-up in the 3-runner Criterium de Maisons-Laffitte. The margin was only a head but it looked a sub-standard renewal.

Tangled will bid to continue the success of the Hannon family in this event. The son of Society Rock hit the jackpot for connections in a valuable sales race at York in August. He has since been beaten at Doncaster and Newmarket, most recently when third in the Group 3 Tattersalls Stakes. He nearly snatched second place on the line and the winner Elarqam looks an exciting prospect. 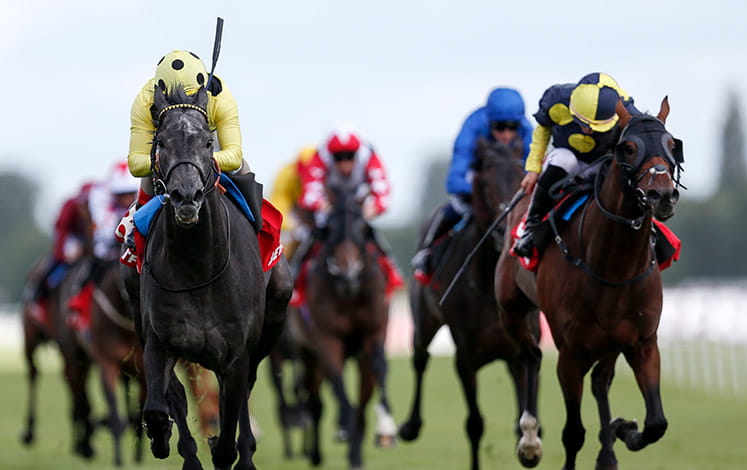 Vintager is a son of Mastercraftsman trained by David Menuisier. He won a Newmarket maiden in August before finishing fifth in a Group 3 at Sandown. Josephine Gordon rides Alba Power for Hugo Palmer, a son of Fast Company out of a Zamindar mare. He finished ahead of Tangled when third and ninth respectively at Doncaster in September. He has since finished runner-up in a Group 3 and fourth in a Listed race, both in France. He probably didn’t see out the mile last time and the drop back is in his favour.

Archie McKellar completes the line-up for last year’s winning trainer Ralph Beckett. He won a novice event at Kempton on the all-weather and this represents a big step up in class.

The Horris Hill Stakes is due off at 2.50 at Newbury on Saturday 28th October and will be screened live on ITV4.