Sha Tin stages Hong Kong International day on Sunday with the four feature races worth over £7million in prize money.

The European challenge is not particularly strong this year but all eyes will be on Aidan O’Brien’s Highland Reel in the Hong Kong Vase. The four-year-old son of Galileo has been a model of consistency at the highest level, winning seven of his nineteen races and almost £5million for his owners.

Ryan Moore won the Vase on him last year when beating Flintshire by a length and a half. The ground was on the soft side for him when narrowly beaten by Dartmouth at Royal Ascot in June. He reversed the form with Her Majesty The Queen’s horse in the King George in July before chasing home Postponed in the International Stakes at York.

Highland Reel was considered the outsider of O’Brien’s three runners in the Arc in October but ran a fine race behind stable companion Found. He then produced a dominant performance at the Breeders’ Cup on his favoured fast ground when making all the running to beat old rival Flintshire by a length and three-quarters. He is expected to have ideal conditions again on Sunday and is 5lbs clear of the field on official ratings.

Highland Reel has drawn stall ten at Sha Tin so is unlikely to be able to dominate in the early stages. The pace is very likely to be set by Michael Bell’s Big Orange, a disappointment in the Melbourne Cup in November.

The five-year-old is a top class stayer, winning the Goodwood Cup for a second time in July. He was never able to get to the lead at Flemington but finished a close third to Beautiful Romance in the Zipping Classic last month. Bell is satisfied with stall seven for the son of Duke Of Marmalade and has hinted that Big Orange will adopt his customary front-running role.

Leading Japanese hope Nuovo Record is currently second favourite and will start from stall twelve. Confidence has been growing behind Makoto Saito’s mare after some impressive work on the track this week. The daughter of Heart’s Cry stormed up the home straight last year in the Hong Kong Cup, failing by a length to catch A Shin Hikari. She lost her form after that but returned to something like her best when beating Arles by a nose at Del Mar in the Red Carpet Handicap last month. 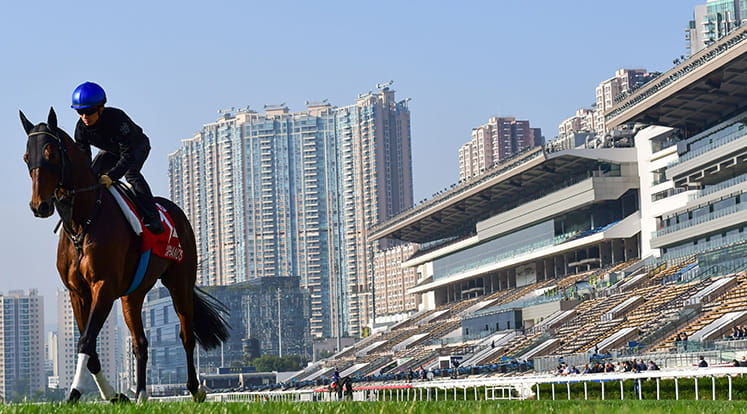 Soumillon booked for One Foot In Heaven

French-trained Silverware will be having his first race since finishing down the field in the Arc in October. He had booked his place in the field with a comfortable success in the Prix Foy and he has shown his best form on a sound surface. He will break from stall one while One Foot In Heaven will start from stall four under Christophe Soumillon.

The four-year-old has finished behind Silverware twice this year but won narrowly at Chantilly in October. That followed a fine run in the Arc when staying on into sixth place at odds of 100-1. He suffered a health scare earlier in the week when he was found to have blood abnormalities after his long journey.

Smart Layer won a Group 2 at Hanshin in April and should be sharper for her run behind Queens Ring at Tokyo in October. The grey daughter of Deep Impact faces a difficult task from stall thirteen but Helene Happy Star should be prominent from stall six. John Moore trains the gelding who ran well in the Hong Kong Vase last year before fading into fifth place.

The Hong Kong Vase is due off at 6.00 am on Sunday 11th December (UK time) and will be screened live on Racing UK.