The 2.25 race at Ascot on Saturday is the £50,000 Grade 3 Holloway’s Handicap Hurdle over two miles and three and a half furlongs. It was run as a limited handicap from 2008 to 2016 with David Pipe winning the first three runnings. Last year’s renewal was won by Ballymoy, trained by Nigel Twiston-Davies and ridden by Tom Bellamy. 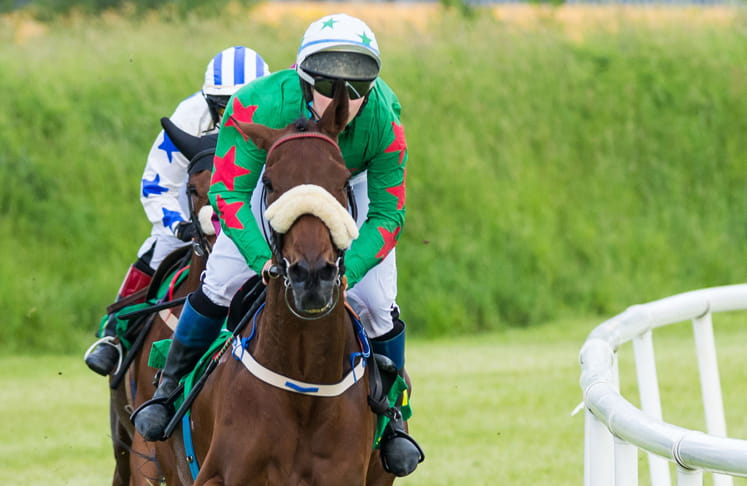 The early market leader is Pic D’Orhy, a surprise withdrawal from the Lanzarote Hurdle at Kempton last weekend. Paul Nicholls trains the highly regarded French import who has not raced since falling at Auteuil when contesting a Grade 1 hurdle. His only previous start for Nicholls came in the Triumph Hurdle at the Cheltenham Festival where he faded after a couple of mistakes and finished tenth. The fact that Nicholls ran him in the Triumph on his UK debut speaks volumes.

Second favourite is Bold Plan who landed a major gamble for Evan Williams at Haydock back in November. He had been pulled up on his previous start at Chepstow but was given a confident ride by Robbie Power, swooping late to catch Whoshotthesheriff. He won like a well-handicapped horse that day but a 10lbs rise will make things more difficult.

Jolly’s Cracked It is into the veteran stage at the age of 11 and has only raced six times since dead-heating for the valuable Ladbroke Hurdle here in 2015. All four career victories have come at Ascot, most recently in 2018 when winning off a mark of 138. He faded to finish well beaten behind Gumball here in November but he is yet to win beyond two miles.

The unbeaten Tea Clipper is the dark horse of the race, a five-year-old son of Stowaway trained by Tom Lacey. He trained Kimberlite Candy to win the feature race at Warwick last Saturday and has hopes of another valuable prize. Tea Clipper battled back to beat Magic Dancer by a neck at Huntingdon on his handicap debut in December. He now races off a 5lbs higher mark and has nearly half a mile further to travel.

Ballymoy has not visited the winner’s enclosure since his game victory 12 months’ ago. Twiston-Davies elected to send him chasing in October and he has finished runner-up in all three starts this season. He has not looked a natural jumper and started odds-on favourite on all three occasions.

Nicky Henderson won the Lanzarote last week, albeit somewhat fortuitously after Burrows Edge was left clear at the last. He is represented by top weight William Henry, a creditable third to Summerville Boy in the Grade 2 Relkeel Hurdle at Cheltenham. That was his first run since wind surgery last October and offered plenty of encouragement. He sprang a 28-1 surprise in the Coral Cup at Cheltenham last March when rated 151 and is 5lbs higher on Saturday.

Stable companion Soul Emotion caught the eye with an excellent third behind Dorking Boy at Newbury at the end of the year. He was carrying 11st 12lbs in soft ground that day but stuck to his task well. He finished behind two horses that were carrying 24lbs less. He ran well for a long way behind Paisley Park in the Long Walk Hurdle in 2018 but probably failed to stay three miles. This trip looks ideal and he must be on the short list.

Debestyman was tipped as a likely outsider for the Lanzarote in this column last week. Confidence was only tempered by the fact that he was racing from 8lbs out of the handicapper. Suzy Smith’s gelding looked set for victory until unseating his rider at the last flight. He is likely to be out of the weights again here but a bigger concern is that the race may come too soon. Song For Someone won easily at Fontwell in November but was beaten off a 9lbs higher mark at Sandown the following month. Olly Murphy’s Thomas Darby reverts to hurdles after a disappointing run at Kempton in November. Thosedaysaregone finished well in sixth at Punchestown on New Year’s Eve and makes the trip across the Irish Sea. He was fancied here last year when finishing fourth to Ballymoy and is now 5lbs higher in the weights.

The Holloway’s Handicap Hurdle is due off at 2.25 at Ascot on Saturday 18th January and will be televised live on ITV4.