The big betting race at Sandown Park on Saturday is the £100,000 Betway Heroes Handicap Hurdle over three miles. This competitive event has often attracted high class stayers. Notable past winners include Taberna Lord (1987), Trainglot (1993, 1996) and Baracouda (2004). Last year’s race was won by Topofthegame, trained by Paul Nicholls and ridden by Sam Twiston-Davies. It was a fourth winner for Nicholls in the past nine renewals. 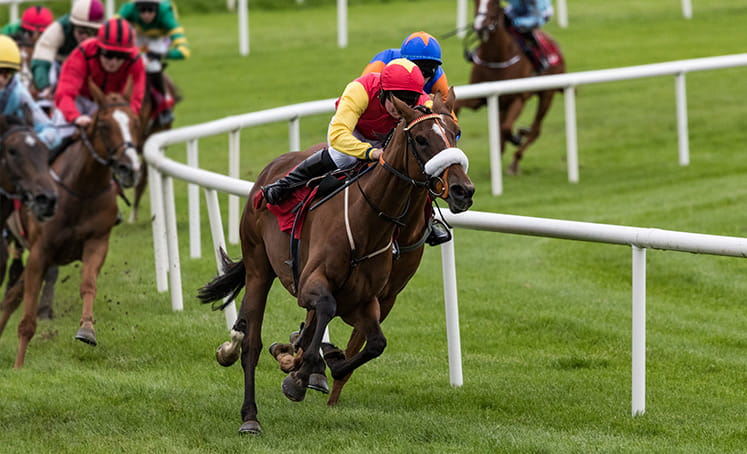 The bookmakers opened their betting book with Golan Fortune as the 6-1 favourite. The testing ground was put forward to explain his improved form last time when beating Eminent Poet at Cheltenham. It was only his second start since Aintree in April 2018 and is only up 4lbs in the weights.

Philip Hobbs is represented by the novice, Big Shark. He is an out-and-out stayer by Vinnie Roe, a winner at Worcester and Hereford this season. His hat-trick bid was foiled by Flashjack in heavy ground at Haydock Park last month but has also been put up 4lbs.

Ask Ben is a seven-year-old gelding by Ask trained by Graeme McPherson. He has run well in similar races at Haydock and Cheltenham, most recently being beaten a length and three-quarters by Goodbye Dancer.

Bold Plan was a well-backed favourite for the Holloway’s Handicap Hurdle at Ascot last time but fell at the third flight. He had been raised 10lbs for his previous win at Haydock where he came from last to first to land a gamble. He is venturing into uncharted waters as he tackles three miles for the first time.

Fergal O’Brien’s Ask Dillon ran a good race in defeat when third to Eva’s Oskar at Chepstow on Welsh Grand National day. The going was typically testing that day and he will face similar conditions at Sandown. That was his first run since winning a novices’ hurdle at Exeter in April and he was well enough regarded to run in the Ballymore as a novice. The handicapper has put him up a couple of pounds but he should be competitive off this mark.

Christian Williams and Jack Tudor team up with Limited Reserve, a three lengths winner at Taunton last time out. He left his previous form well behind that day, reportedly benefitting from the strong pace and heavy ground. He has conditions in his favour again here and is up 5lbs.

Go Whatever is on a hat-trick after victories at Plumpton and here at Sandown. Chris Gordon’s six-year-old battled on well to beat Dream Berry over course and distance and sneaks in with a light weight. David Pipe saddles Remastered, a seven-year-old gelding by Network. He was beaten a neck by Welsh National winner Potters Corner in December when trying to concede 7lbs.

Echiquier posted his best effort for some time when finishing third to Burrows Edge in the Lanzarote Hurdle. Two horses departed at the final flight so his final position flatters him slightly but he was staying on at the finish. Paul Nicholls relies on Dan McGrue who was not suited by the faster ground at Newbury in November. He had previously won in heavy ground at Plumpton. All-the-way Wetherby winner West To The Bridge has been raised 10lbs and is another horse going up markedly in trip.

The Heroes Handicap Hurdle is due off at 3.00 at Sandown Park on Saturday 1st February and will be televised live on ITV4.