The feature race at Haydock Park this weekend is the two-mile Pertemps Network Swinton Handicap Hurdle at 3.10. The race was originally known as the Royal Doulton and attracted some top class hurdlers in the late seventies and early eighties.

The early favourite this year is Dan Skelton’s Mohaayed, a five-year-old gelding by Intikhab out of a Daylami mare. He has won three of his seventeen races under rules including a novices’ hurdle at Taunton in February.

He was raised considerably in class next time for the County Hurdle at Cheltenham where he finished a close seventh to Arctic Fire. Runner-up, L’Ami Serge, and ninth placed, Wait For Me, have both won since. Mohaayed showed that his excellent run there was no fluke when finishing third at Ayr in the Scottish Champion Hurdle. He finished just over two lengths behind the in-form Chesterfield but he has shown his best form with cut in the ground.

Stable companion Red Tornado was beaten six lengths when third to Silverhow at Cheltenham last month. This looks a much tougher contest for the son of Dr Fong but Skelton’s Optimus Prime is not without a chance. He was poised to challenge when badly hampered at Newbury last time and is much better than his finishing position suggests.

Trainer, Paul Nicholls also has two entries with Zubayr and High Secret. The former has won just two of his eleven races but was beaten only a short-head by Chesterfield at Ayr. He holds Mohaayed on that evidence but he would also prefer softer ground.

High Secret will be having only his fifth start over hurdles following novices’ hurdle victories at Taunton. He ran in the Grade 1 Crabbie’s Top Novice Hurdle at Aintree and was far from disgraced in fourth. He was a decent staying handicapper on the flat when trained by Sir Mark Prescott and should stay further than two miles.

Jim Goldie’s Great Fighter has bolted up in his last two races but now faces an 8lbs hike in the weights. The Philip Hobbs-trained Multiculture has won his last two races by an aggregate of 47 lengths. Both were in heavy ground and he may find things tougher on this faster surface. London Prize won the valuable Imperial Cup in March before finishing seventh in the Scottish Champion Hurdle. He is closely matched with Zubayr and Mohaayed on that form and should not be far away. 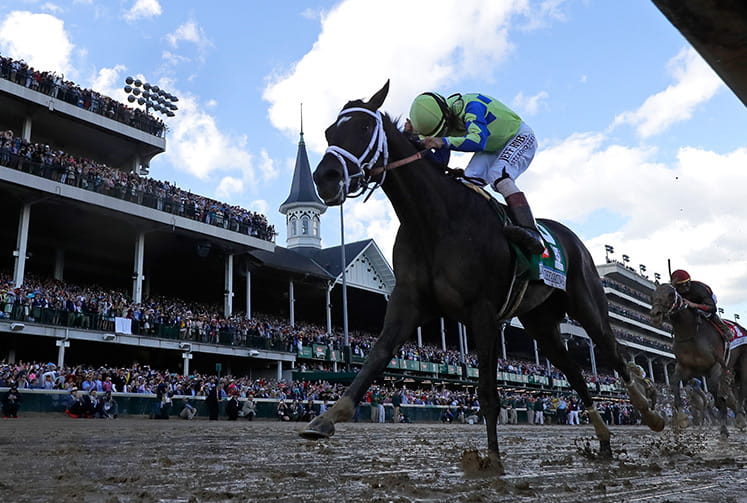 Nicky Henderson saddles top weight Peace And Co, the winner of the 2015 Triumph Hurdle at Cheltenham. That was his fourth successive victory since arriving from France but he has lost his way completely since. He hinted at a possible return to form in a first-time hood at Ayr last month.

Alan King could run the lightly-raced Inner Drive, runner-up in a Newbury handicap in March. He reverted to hurdles after being well beaten over fences at Plumpton in November 2015. Song Light ran well in a couple of valuable handicaps last season for Seamus Mullins. He was beaten nine lengths at Plumpton by Tommy Silver last month when sent to the front a long way from home.

Dr Richard Newland knows how to prepare a horse for a big handicap and he saddles Vosne Romanee. He has run at Cheltenham, Aintree and Ayr and progressed with each race. He was only three-and-a-half lengths behind Zubayr at Ayr and cannot be discounted.

Moonmeister has not raced since October when beaten just over four lengths behind stable companion, Golden Spear. He did not appear to last home in the Cesarewitch at Newmarket on his previous outing but Tony Martin’s runners are to be respected. John Constable returned to something like his best form at Aintree but fell at the final flight. That left Chesterfield to win by a wide margin and he subsequently won at Ayr. The handicapper has raised John Constable 5lbs but he is still 5lbs lower than his highest rating.

The Swinton Handicap Hurdle is due off at 3.10 at Haydock Park on Saturday 13th May and will be televised live on ITV4.