The feature race at Haydock Park on Saturday is the Group 1 Betfair Sprint Cup over six furlongs. The race was originally known as the Vernons Sprint Cup and quickly became established as one of the most prestigious sprint races of the season. The inaugural running in 1966 was won by Be Friendly who followed up in 1967 and remains the only dual winner of the race. 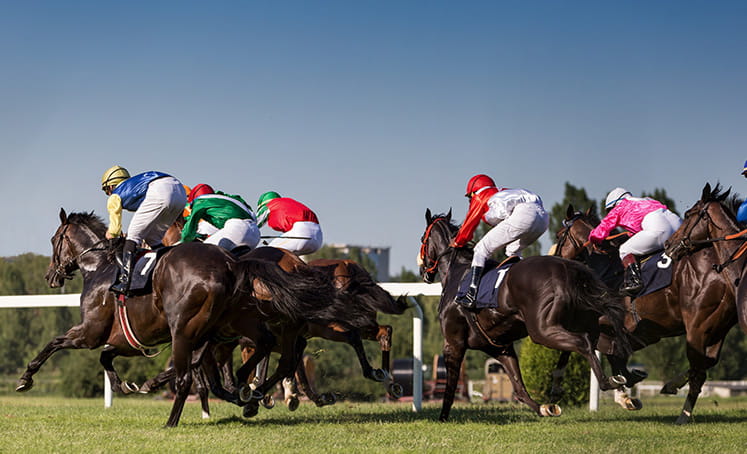 The impressive 7 lengths victory by Dream Of Dreams in the Group 2 Hungerford Stakes at Newbury has seen him installed as favourite this weekend. Sir Michael Stoute’s six-year-old has always been very talented and has gone close to landing a Group 1 on several occasions. On his previous start he would have caught Hello Youmzain in one more stride in the Diamond Jubilee Stakes at Royal Ascot.

Everything seemed to finally click into place at Newbury where he cruised into the lead before bounding clear over seven furlongs. That victory must have tempted connections to stick at the longer distance but the lure of this Group 1 prize means he drops back to six furlongs. Dream Of Dreams started co-favourite here 12 months’ ago but finished a moderate eighth behind Hello Youmzain.

Kevin Ryan bids for back-to-back victories with Hello Youmzain who has continued to run well since Royal Ascot. He finished a respectable fifth in the July Cup and is closely matched with Golden Horde (third) on that evidence. He then chased home Space Blues in the Group 1 Prix Maurice de Gheest at Deauville. The son of Kodiac is tough and consistent and looks sure to be in the frame again on Saturday.

Golden Horde was driven out to win the Commonwealth Cup at Royal Ascot before finishing third in the July Cup. He then finished fifth at Deauville, beaten a length and a half after making the running. The colt may be ridden with a little more restraint this weekend and looks the pick of the three-year-olds.

The colours of Hamdan Al Maktoum have been carried to victory in a string of top class races this summer. He is represented here by the Owen Burrows-trained Tabdeed, a five-year-old gelding by Havana Gold. He was beaten two lengths by Glen Shiel at Newcastle in June before grinding out a narrow victory over The Tin Man at Newbury.

Glen Shiel is the mount of Hollie Doyle who is the crest of a wave after riding a five-timer last weekend. Archie Watson’s gelding won a Group 3 at the Curragh last month and now takes a step up in class. Art Power was expected to prove the main threat to Battaash in the Nunthorpe Stakes at York but was never involved and eventually finished sixth. The grey had looked very progressive prior to that run and the softer ground may bring an improvement.

Aidan O’Brien relies on Lope Y Fernandez who has Classic form on his CV. The Lope De Vega colt was third to Siskin in the Irish 2000 Guineas in June and was also runner-up in a Group 1 in France over seven furlongs. He stayed on all the way to the line when third behind Space Blues and Hello Youmzain at Deauville, suggesting that six furlongs is on the sharp side.

The Haydock Sprint Cup is due off at 3.25 on Saturday 5th September and will be televised live on ITV.