The feature race at Doncaster on Saturday is the £55,000 Grimthorpe Handicap Chase over three and a quarter miles. It used to be run over two miles but was stepped up to a longer distance in the 1990’s and is now established as a trial for the Grand National. Notable previous winners include Grey Abbey (2004), Run For Paddy (2005), Cloudy Lane (2008), The Last Samuri (2016) and Definitely Red (2017).

Kim Bailey trained The Last Samuri who went on to finish second at Aintree in his next race. Bailey was also successful here with Shraden Leader in 1994. His hopes of a third victory rest with top weight Rocky’s Treasure, an eight-year-old son of Westerner.

Rocky’s Treasure has already won four races this winter, most recently beating Theclockisticking over three miles here in December. He started favourite for a Listed novices’ chase at Warwick next time but faded to finish third to Ok Corral. He did not jump with his usual fluency that day and now tries his luck in handicap company.

Alan King’s Dingo Dollar will try to get his Grand National bid back on track after a very disappointing effort in the Sky Bet Chase last month. He had not raced since finishing a good third in the valuable Ladbrokes Trophy behind Sizing Tennessee at the start of December. He possibly needed the run more than anticipated and finished a remote sixth to Go Conquer. Brian Boranha finished down the field in the Skybet Chase last month and looks held by Dingo Dollar on that evidence. He came under pressure four from the finish and eventually trailed home in eighth place.

Dr Richard Newland saddles a dark horse here in Abolitionist, a winner over hurdles at Aintree in November following a 441-day absence. That was his first run for the yard since arriving from Ireland in January 2018. His most recent race over fences was when finishing third to Our Duke in the 2017 Irish Grand National under Rachael Blackmore. He races off the same handicap mark of 145 on Saturday.

Nobody would begrudge the Nicky Richards stable a victory here following last weekend’s tragic loss of Baywing in the Eider Chase. He could be double-handed here with Looking Well and Chidswell. Looking Well gained an overdue second success over fences in a veterans’ chase here recently. He had looked unlucky on his previous start when falling in the Scottish Borders National at Kelso. The handicapper has put him up 6lbs for that success.

Chidswell has relatively few miles on the clock for a ten-year-old, winning three of his sixteen starts over fences. The last of those was at Kelso in January when driven out to beat Lough Derg Jewel by four lengths. He will be 4lbs worse off with that rival on Saturday. Lough Derg Jewel is trained by Donald McCain who has been given the all-clear following the recent equine flu outbreak in his stable. The eight-year-old gelding won over course and distance in December on good ground, beating Sir Mangan in a three-runner race.

Barney Dwan eventually finished third in an incident-packed race at Kempton in January won by Glen Rocco. After being hampered at the fourteenth fence, Fergal O’Brien’s gelding lost all chance when making a mistake at the third last. He is unproven beyond three miles over fences but stayed this trip over hurdles. Beau Du Brizais is an improving seven-year-old trained by Philip Hobbs. The grey has won his last two races at Ludlow, overcoming trouble in running to beat Holly Bush Henry in December. He has gone up 6lbs and will race of a career-high mark of 135.

Doing Fine has been fancied in several valuable staying chases but is yet to win one. His best effort was probably finishing fourth in the Scottish National in April last year behind Joe Farrell. He likes good ground but has not shown any sparkle in his three races since. 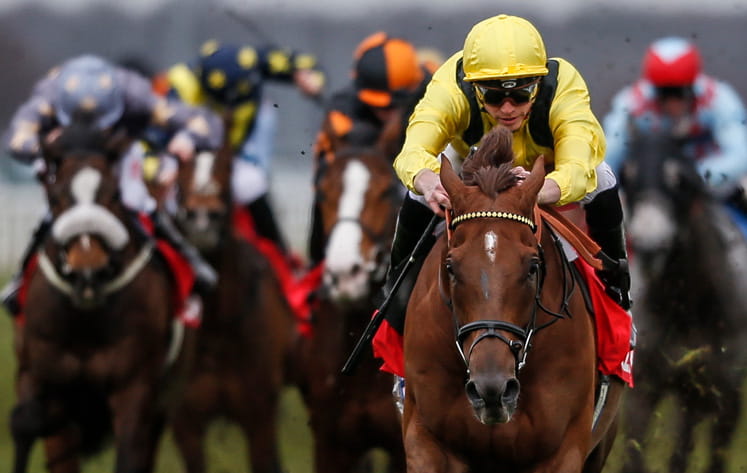 The Grimthorpe Handicap Chase is due off at 3.35 on Saturday 2nd March and will be televised live on ITV.