The feature race at Doncaster on Saturday is the £55,000 Grimthorpe Handicap Chase over three and a quarter miles. The race is considered a trial for the Aintree Grand National with notable recent winners including Cloudy Lane (2008), The Last Samuri (2016) and Definitly Red (2017). Last year’s race was won by Chidswell, trained by Nicky Richards and ridden by Craig Nichol. 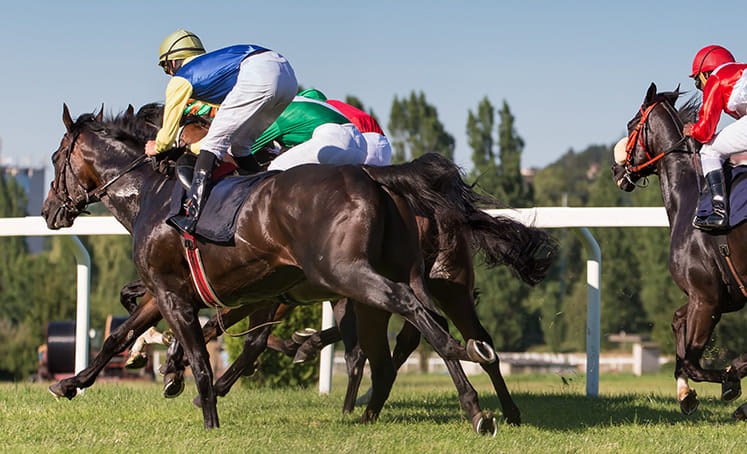 The bookmakers have installed the hat-trick seeking Worthy Farm as favourite, trained by Paul Nicholls. The seven-year-old got off the mark at Wincanton in first-time blinkers on Boxing Day. He followed up under a 5lbs penalty at the same course at the end of January with both races run in testing conditions. A further 7lbs hike in the weights still leaves him on an attractive mark.

Saint Xavier was an effortless winner over hurdles at Kempton in January before finishing second at Musselburgh. He now goes back over fences for the first time since joining Nicholls from France in November 2019.

Two previous winners are entered on Saturday with Definitly Red and Chidswell. The former is 7lbs higher than when winning this race by 14 lengths in 2017. He has been taking on the best in the meantime, including finishing sixth in the 2018 Cheltenham Gold Cup. The eleven-year-old ran well behind Vintage Clouds at Haydock in heavy ground last time but could take up an alternative engagement at Kelso.

Chidswell is 5lbs higher than when beating Dingo Dollar by 9 lengths last season. He lost his form after that but finished an encouraging third here behind OK Corral in the valuable Sky Bet Chase, despite some jumping errors.

The horses of Venetia Williams can be difficult to predict but the bookmakers are taking no chances with Yalltari. The grey started favourite for the Ascot Silver Cup in December but he faded tamely to finish a remote eighth. The handicapper has only dropped him 1lb but clearly a lot better was expected of him that day.

Boldmere looked poised to complete a hat-trick at Wetherby last time but fell at the final fence. He had previously won easily here and at Leicester. The handicapper has put him up 5lbs and it remains to be seen whether that tumble has shaken his confidence. Trainer Caroline Bailey has voiced concerns over running him in soft ground this weekend.

Captain Chaos made a bold bid to make all in the Warwick Classic Chase, eventually giving way to Kimberlite Candy at the last. Harry Skelton took no prisoners that day with a bold display of jumping and similar tactics are likely to be adopted on Saturday. He can be vulnerable in the closing stages but should give his supporters a run for their money.

Nicky Henderson will not be keen to run top weight Beware The Bear in ground as testing as this with the Grand National on the horizon. There could be similar concerns for Le Breuil who is also earmarked for Aintree by Ben Pauling. Now McGinty would be thrown in at the weights if judged on his head second to Santini at Sandown in November. The winner is currently second favourite for the Gold Cup and was only conceding 6lbs. However, Now McGinty has since been well beaten in the Welsh Grand National so the form looks suspect.

Clondaw Anchor won’t mind the ground but this will be only his fourth race over fences. The grey was beaten by Dominateur in heavy ground at Chepstow in December. The winner was subsequently a well-beaten third in the race in which Boldmere fell at the last.

The Grimthorpe Chase is due off at 3.35 at Doncaster on Saturday 29th February and will be televised live on ITV.