Sunday’s highlight card at Cheltenham is the £100,000 Grade 3 Greatwood Handicap Hurdle over 2 miles.

The race was first run in 1987 when it was sponsored by the Racing Post and was won by subsequent Champion Hurdle winner Celtic Shot. It was first sponsored by Greatwood in 2003, a charity for the welfare of retired racehorses. Rooster Booster (2002) also went on to win a Champion Hurdle after winning this race while other high class winners include Atours (1994), Westender (2001), Sizing Europe (2007) and Menorah (2010). Trainer Philip Hobbs has won the race four times while Paul Nicholls has three previous victories in the race.

The ante-post favourite for the race is the unbeaten Winter Escape, trained by Alan King and ridden by Barry Geraghty. He won all three races last season, culminating in the Grade 2 Dovecote Novices’ Hurdle at Kempton in February. His lack of experience could be a concern but he is held in high regard by connections and makes his handicap debut off a mark of 142.

Modus was expected to take high order among the novice hurdle division last season but was slightly disappointing for Paul Nicholls. He was runner-up in the Cheltenham Champion Bumper in 2015 before finishing third to Bellshill at Punchestown.

He made a promising start to his hurdling career with smooth victories at Taunton and Newbury. He lost his way after that but hinted at a return to form when third to Sternrubin at Ascot last month. He was given a lot to do that day and ran on strongly to be beaten only three-quarters of a length.

Dan Skelton’s Ch’Tibello finished just behind Modus in fifth place at Ascot after holding every chance at the last flight. He had previously finished third in the valuable Pertemps Handicap Hurdle at Haydock in May after winning the Scottish Champion Hurdle. Stable companion North Hill Harvey was ninth in the Supreme Novices’ Hurdle and fourth in a Grade 1 at Aintree. He shapes as though he may prove more effective over two and a half miles.

Nicky Henderson saddles Brain Power, a promising novice hurdler last season. He took his chance in a Grade 1 Hurdle at Punchestown but could only finish third of six behind Don’t Touch It. Leoncavallo won his first five races over hurdles before falling at Cheltenham in December. He finished a respectable fifth in the Triumph Hurdle but was no match for Sceau Royal when beaten 11 lengths here last time. 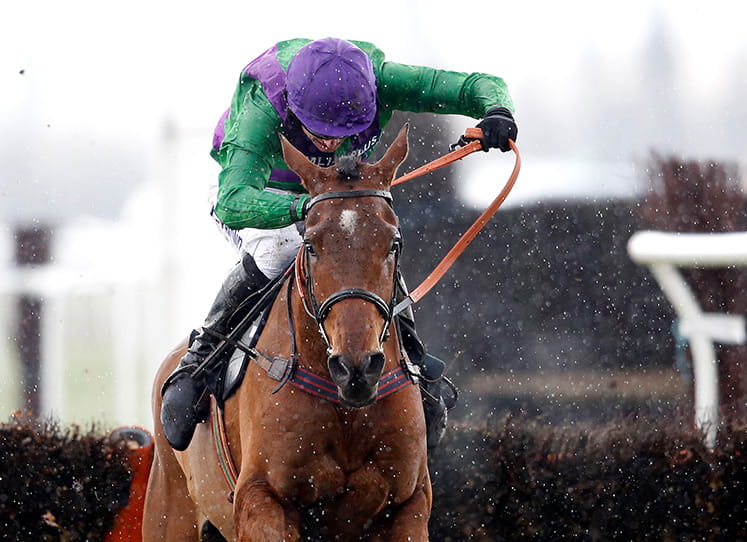 Sternrubin is up 3lbs for his Ascot victory and represents the Philip Hobbs stable. He is a bold front-runner who dead-heated for The Ladbroke Hurdle at the same course in December. He ran his usual game race when third in the County Hurdle at the Cheltenham Festival in March but the uphill finish here makes it difficult for him.

A Hare Breath landed a gamble after an absence of almost two years at Cheltenham last November. He was beaten off a 12lbs higher mark next time before winning a novice hurdle at Kempton. This will be his first run since being pulled up with a burst blood vessel at the same track in March.

Hargam has been allocated top weight for Nicky Henderson. He was third in the 2015 Triumph Hurdle and finished in the same spot behind Faugheen in the Christmas Hurdle at Kempton. Hargam won a five-runner race last month when beating Court Minstrel by a neck. John Constable looks held by Modus and Ch’Tibello on Ascot form where he finished seventh after holding every chance at the second last.

The Greatwood Handicap Hurdle is due to get under way at 2.30 at Cheltenham on Sunday 13th November and will be televised live on Channel 4.