Sunday’s Greatwood Hurdle over two miles at Cheltenham is the first big handicap hurdle of the new National Hunt season. The race has been run under various sponsors since subsequent Champion Hurdler Celtic Shot won here in 1987. Rooster Booster would go on to become the second Champion to win this valuable prize when defying 11st 12lbs in 2002. Other notable winners include Leotard (1993), Grey Shot (1998), Rigmarole (2003), Detroit City (2006) and Sizing Europe (2007).

Rooster Booster and Detroit City were both trained by Philip Hobbs, also successful with Menorah (2010) and Garde La Victoire (2014). Paul Nicholls has trained the winner on three occasions, most recently with Old Guard in 2015. Last year’s race was won by Elgin for Alan King and Wayne Hutchinson.

Nicky Henderson is yet to win the Greatwood Hurdle but he has the ante-post favourite this year in Verdana Blue. The six-year-old mare won the Grade 2 Elite Hurdle at Wincanton last weekend and picked up a 5lbs penalty. Henderson expressed concern about the mare carrying a big weight here, particularly if the going is on the soft side. All her best form is on good ground but the forecast suggests that the ground will be no worse than good to soft on Sunday.

Silver Streak is chasing a hat-trick for Evan Williams following victories at Haydock Park and Ffos Las. The grey won off a mark of 132 in the valuable Swinton Hurdle at Haydock, beating Chesterfield by three-quarters of a length. He returned from his summer break to beat Le Prezien by three lengths in the Welsh Champion Hurdle. He has gone up 13lbs in the weights since his Haydock victory.

Western Ryder is prominent in the betting for Warren Greatrex. He was a high-class novice last season, finishing sixth at the Cheltenham Festival and fifth at Aintree. He was over six lengths behind Black Op at Liverpool and this will be his first run since.

Nube Negra also ran well at both festival meetings, his best run being third to Veneer Of Charm in the Fred Winter. He had bolted up on his previous start at Doncaster and started favourite for the Cheltenham handicap. Nube Negra raced keenly at Aintree before fading to finish only fifth behind We Have A Dream.

Dr Richard Newland is set to run hat-trick seeking Storm Rising, a comfortable odds-on winner at Wetherby recently. The five-year-old won under a big weight at Galway last summer and was fourth in the Amateur Riders’ Derby at the Curragh in August.

Storm Rising cruised to victory on his first start for Newland at Cheltenham in a Conditional Jockeys’ race in October. He escaped a penalty for that race but the handicapper has now re-assessed the gelding on a stone higher mark. 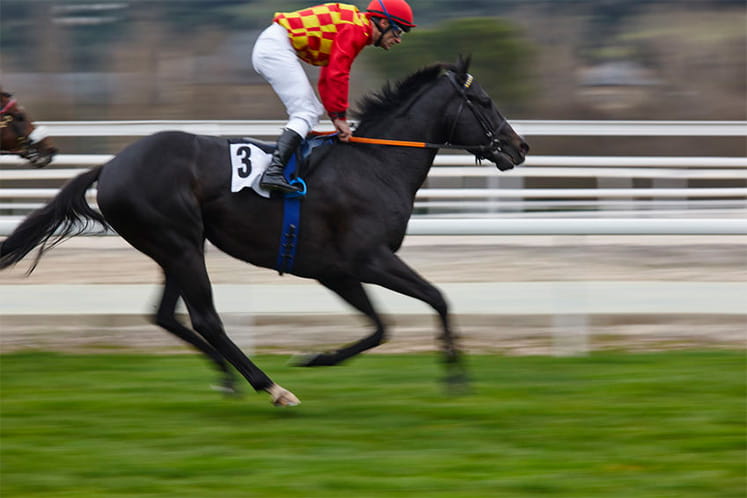 Nigel Twiston-Davies won this race with Khyber Kim in 2009 and is represented this year by Ballymoy. He won a valuable handicap at Sandown in April and returned to action to win at Chepstow last month. He beat I’m A Game Changer by two lengths on good to soft ground.

Brelade would be an interesting runner for Gordon Elliott if making the trip across the Irish Sea. He raced prominently for a long way in the County Hurdle in March before fading to finish seventh to Mohaayed. He is 11lbs better off with that rival on Saturday and has since finished a respectable fifth in the Scottish Champion Hurdle at Ayr.

Mohaayed finished nearly four lengths behind Silver Streak at Chepstow following an absence of 218 days. He was tailed off in the corresponding race a year ago and appears to face a difficult task off a 9lbs higher mark. Charli Parcs could give Henderson a useful second string, although he has failed to live up to the promise of his four-year-old season. He clearly shows plenty at home as he took his chance in last seasons Champion Hurdle. Although pulled up that day, he bounced back to finish fourth at Ayr and is closely matched with Brelade and Irish Roe on that evidence.

Midnight Shadow was beaten only a neck on his return to the track at Wetherby, despite hitting the last two flights. That showed that his Ayr victory was no fluke while the Paul Nicholls-trained Moabit could go well at long odds. He was last seen beating the useful stayer Cleonte on the flat at Salisbury in April.

The Greatwood Handicap Hurdle is due off at 3.00 on Sunday 18th November and will be televised live on ITV4.