The 3.15 at Aintree on Saturday is the £80,000 Grand Sefton Handicap Chase over two miles and five furlongs. The race has been run over the famous Grand National fences since 2003 with notable winners including Forest Gunner (2004), Stewarts House (2011) and Little Josh (2012). Trainer Paul Nicholls has been successful three times in the last six years, most recently with Warriors Tale (2018). 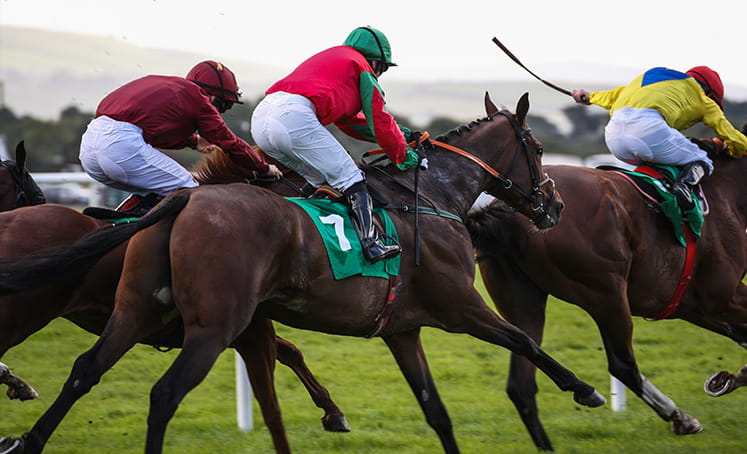 The early favourite is Flying Angel, trained by Nigel Twiston-Davies who won with Little Josh seven years’ ago. Flying Angel won over the Mildmay course as a novice and finished sixth over the National fences in last season’s Topham Chase. He was well beaten in the Old Roan Chase in October but bounced back to his best to win at Ascot last month. He carries only a 3lbs penalty for his eight lengths victory over Sky Pirate.

Nicky Henderson’s powerful Lambourn stable is starting to hit top gear and looks likely to be represented by Gold Present. He bids to overcome a lengthy absence, his last race coming at Sandown back in April when second to Black Corton. He fell in the Topham in 2017 before winning competitive handicaps at Newbury and Ascot. Stable companion Casablanca Mix would have to carry top weight and would prefer faster ground than she is likely to encounter this weekend.

Ultragold won the Topham in 2017 and 2018 before taking his chance in last season’s Grand National. That trip was always likely to prove beyond him but he was also reported as finishing lame in fourteenth place. He was pulled up at Ascot last month in a Grade 3 Chase but his liking for these fences is in his favour.

Paul Nicholls relies on Touch Kick to improve his already impressive record in this race. The eight-year-old won a minor race at Fakenham in October by seven lengths. The handicapper has raised him 7lbs for that effort but he is one of the least exposed runners in the field.

It’s Jennifer is an interesting runner, trained by Louisa Carberry in France. She is the wife of former jumps jockey Philip so they will be aware of what it takes to send a horse to Aintree with a chance. The mare was runner-up in a Grade 3 at Auteuil in October in very soft ground and had won her first chase on her previous start in similar conditions.

Didero Vallis was pulled up at Ascot behind Flying Angel so needs to find a lot of improvement in a very short space of time. That was his first race since finishing fifth to Siruh Du Lac at the Cheltenham Festival in March.

Killaro Boy joined Henry Oliver’s stable in May and won a Hunter Chase at Warwick the same month. He was then second to Brave Eagle at Uttoxeter and returned this Autumn to chase home Burtons Well on the Mildmay course. He had some decent form as a novice and could be a contender if he takes to these big fences. Kayf Adventure is an eight-year-old gelding trained by Philip Hobbs. He has won two of his eleven races over fences, both in heavy ground. His reappearance run at Bangor may have been better than the bare form as he finished third without both of his front shoes. He had suffered the first fall of his career on his previous start at Sandown in February.

Gwencily Berbas is another who may be better than his form suggests. He ran well for a long way when fourth to Cabaret Queen at Limerick in October, although the winner failed to advertise the form in last weekend’s Ladbrokes Trophy. Gwencily Berbas then started favourite at Punchestown but was brought down on the turn when still in contention. He is rated 8lbs higher this time but still has a good racing weight of 10st 5lbs.

The Grand Sefton Chase is due off at 3.15 at Aintree on Saturday 7th December and will be televised live on ITV4.