The highlight of a good quality card at Haydock on Saturday is the £100,000 William Hill Grand National Trial at 3.35. This three and a half mile marathon is invariably run in very testing conditions and the going is expected to be soft this weekend. The legendary Red Rum won the race in 1975 and other notable winners include Cool Ground (1992), Party Politics (1993), Master Oats (1994) and Silver By Nature (2010 and 2011). Venetia Williams has trained the winner twice in the past five seasons, most recently with Yala Enki 12 months’ ago.

David Pipe won this race in 2017 with Aintree regular Vieux Lion Rouge and holds a strong entry again this year. The pick of them looks to be Ramses De Teillee, runner-up to Elegant Escape in the Welsh National at Chepstow.

The French-bred gelding travelled beautifully until making a bad blunder four from the finish. That may have cost him the race as he was eventually beaten only a length and a quarter. With the winner being touted as a leading Grand National fancy, Ramses De Teillee must be respected off only a 5lbs higher mark at Haydock. Waiting tactics were adopted that day but he showed plenty of resolution when winning the trial for the Welsh National in early December.

Vieux Lion Rouge is a veteran of three Grand Nationals, his best effort when sixth to One For Arthur in 2017. He ran his best race for some time when runner-up to Walk In The Mill in the Becher Chase in December but was pulled up at Chepstow last time.

Nicky Martin’s The Two Amigos is on a hat-trick after victories at Exeter and Plumpton. The most recent of those was in the Sussex National over an extended three and a half miles. The big fences around Haydock provide an altogether different test to the tight turns of Plumpton and he has risen 8lbs in the weights.

Wakanda bounced back to form to win the Peter Marsh Chase here for Sue Smith last month. He ran on too strongly for Robinsfirth to win by a length and three-quarters. He has been placed over three and a quarter miles but this marathon may be stretching his stamina. Robinsfirth was having his first race for 400 days and must have delighted connections. He has been placed at Haydock in the past and is only 2lbs higher for his comeback run.

Ballyoptic was unlucky not to win the Scottish National in April last year and that could be his target again this Spring. He has not shown a great deal at Aintree and Chepstow and may need to drop a few pounds in the weights before he can start winning again.

Red Infantry, runner-up to Morney Wing in the London National at Sandown, was six lengths adrift of Wakanda last time. Impulsive Star has connections dreaming of Grand National glory after winning the valuable Warwick Classic last month. Neil Mulholland’s gelding battled on gamely to beat Calett Mad and has gone up 6lbs in the handicap. Stable companion Carole’s Destrier beat Ballydine in the Mandarin Chase at Newbury but was only fourth at Warwick. 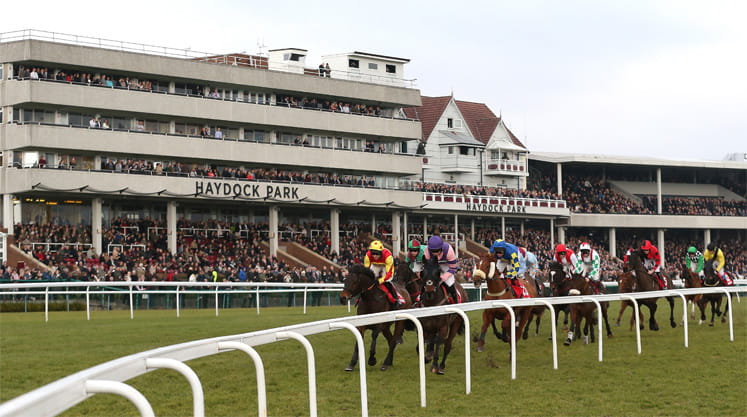 The Grand National Trial is due off at 3.35 at Haydock on Saturday and will be televised live on ITV4.