The Aintree Grand National was in the spotlight earlier this week with the publication of the weights ahead of Tiger Roll’s return to action. All eyes will be on the dual winner when he runs over hurdles in Ireland on Sunday. Providing Haydock can survive Storm Dennis, there will be further clues in the £100,000 Grand National Trial over a gruelling three and a half miles. Past winners of this race include Aintree specialists Red Rum (1975), Party Politics (1993) and Suny Bay (1997). 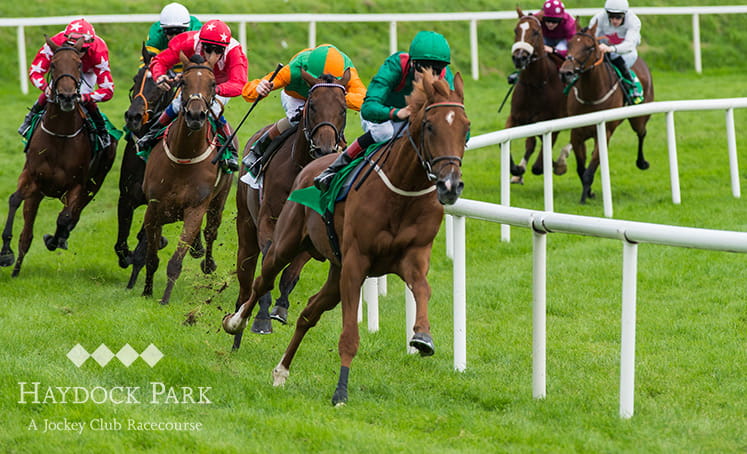 Vintage Clouds bounded away from Definitly Red in the Peter Marsh Chase and the handicapper has raised him 11lbs. He had previously finished 20 lengths behind Lord Du Mesnil here in December but is a stone better off with that rival on Saturday. The grey fell at the first at Aintree last year and connections are not yet certain to ask him to tackle the big fences once again in April. Another good performance on Saturday would probably sway them towards another Grand National bid.

The Two Amigos is prominent in the betting, largely on the strength of his good run in the Welsh Grand National in December. Nicky Martin’s eight-year-old made the running to the third last at Chepstow and plugged on to finish fifth. He fell at the fourteenth fence in this race a year ago when still in contention and races off the same handicap mark.

Geronimo was over seven lengths behind Vintage Clouds last time and is now 12lbs better off. Steely Addition also needs to improve on his last run, a leg-weary last of four behind Gold Cup hope Santini at Sandown in November.

Richard Hobson trains Lord Du Mesnil who has won his last three races, two of them at Haydock Park. His latest victory in the Last Fling Handicap Chase has resulted in a 10lbs hike in the weights. He is currently a 50-1 shot for Aintree but is clearly improving at a rapid rate of knots. The heavy ground will hold no fears for the son of Saint Des Saints.

Elegant Escape will also love the ground and was far from disgraced when sixth in the Welsh Grand National. He was carrying 11st 12lbs that day and faces a similarly daunting task on Saturday. Closest to him in the handicap is Yala Enki, trained by Paul Nicholls. He won this race by a wide margin in 2018 when officially rated 146 but is now racing off 157. The gelding showed that he was in fine form when winning in similar conditions at Taunton last month under Bryony Frost.

Ballyoptic was beaten a nose in the Scottish Grand National at Ayr on good ground in 2018. He was pulled up here last year before falling four out at Aintree. A win in the Grade 2 Charlie Hall Chase at Wetherby has been followed by two lack-lustre efforts at Haydock and Aintree.

2017 Grand National winner One For Arthur is on course for a return to Aintree after finishing fifth to Walk In The Mill in the Becher Chase. He races as though he needs four miles these days so this stamina test should be right up his street. The eleven-year-old is now racing off 148, his winning mark at Aintree three seasons ago.

The Grand National Trial is due off at 3.15 at Haydock on Saturday 15th February and will be televised live on ITV.