The £750,000 Grand National takes place behind closed doors on Saturday with forty runners set to tackle the notorious Aintree fences. The course has been watered to maintain good to soft ground for the four and a quarter-mile contest which gets underway at 5.15. The Grand National is the most famous steeplechase in the world and has a rich history of famous winners, including Red Rum (1973, 1974, 1977), Aldaniti (1981) and Tiger Roll (2018, 2019). 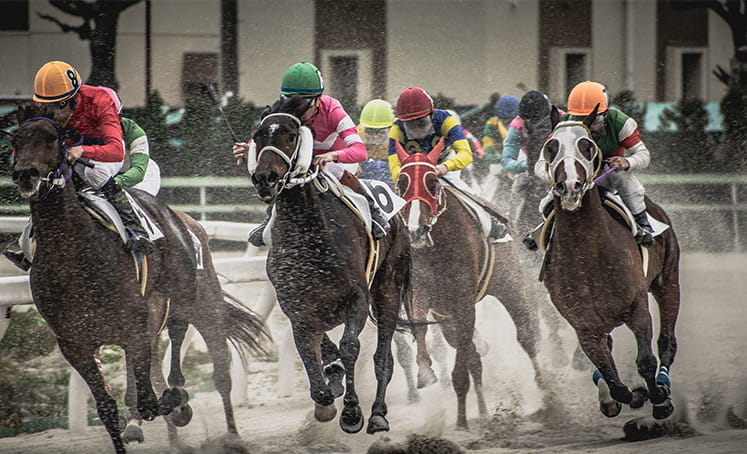 The one horse that bookmakers will be hoping to see beaten on Saturday is Cloth Cap, trained by Jonjo O’Neill and ridden by Tom Scudamore. He routed the opposition in the valuable Ladbrokes Trophy in November and has since won a listed chase at Kelso in a similar fashion. If the handicapper could re-assess the gelding on his latest run he would have a stone more to carry. The drying ground is also in the nine-year-olds favour while owner Trevor Hemmings already has three Grand National victories to his credit.

If you wanted to pick holes in the form, the time of his Kelso win was slow, and it did not look the strongest race run this season. A far bigger concern for his supporters is whether he will take to the Aintree fences. At odds of around 4-1, there will be plenty willing to look elsewhere for value.

Burrows Saint and Any Second Now was strongly fancied for this race last year before Covid intervened. They have been aimed at the race again this season by their respective trainers, Willie Mullins and Ted Walsh. As a previous Irish Grand National winner, Burrows Saint looks an obvious contender, and his run at Fairyhouse in February suggested he was peaking at the right time. Any Second Now won at the 2019 Cheltenham Festival and bounced back to form to win over two miles at Navan last month.

The most popular winner at Aintree on Saturday aside from the favourite, would be Minella Times, the mount of Rachael Blackmore. She became the first female rider in history to be top jockey at the Cheltenham Festival and has a live chance on Henry de Bromhead’s eight-year-old. He won at Listowel in September and has twice finished runner-up in competitive handicaps since. He is unproven beyond three miles, and the going may arguably be a little on the quick side for him.

Tom Lacey’s Kimberlite Candy is another horse who has been targeted at this race all season. He showed his National credentials when winning the Warwick Classic last year over three miles and five furlongs. He has experience of the Aintree fences, having twice finished second in the Becher Chase, most recently behind the veteran Vieux Lion Rouge in December. He did not appear to last home in the Eider Chase over an extended four miles back in 2019 and can be a bit sketchy with his jumping in the early stages.

Anibale Fly is now eleven years of age but has a touch of class having been placed in two Cheltenham Gold Cups. He was fourth to Tiger Roll here in 2018 and fifth the following season so the fences should hold few fears for him. He was off for almost a year prior to finishing last of five at Fairyhouse in February but has slipped down the weights.

There has been a lot of support for Discorama this week, a horse placed at three Cheltenham Festivals. He ran well at Galway in October but was well beaten when favourite at Cheltenham the following month and has not raced since. Magic Of Light will have her supporters, runner-up to Tiger Roll, when starting at 66-1 in 2019. The mare has raced consistently since, although she was slightly disappointing at Cheltenham last time.

Connections of Welsh Grand National winner Secret Reprieve face an anxious wait to see whether the seven-year-old sneaks in as a reserve. The faster going would be a concern for him and 2019 winner Potters Corner, who will wear blinkers for the first time. Farclas has been running well at shorter trips, and Lord Du Mesnil bids to follow up his all-the-way win in the Grand National Trial at Haydock.

The Grand National is due off at 5.15 on Saturday 10th April and will be screened live on ITV.