Ran a fine race when second last year but is now 12lbs higher and carries top weight. Has a good each-way chance but there may just be one or two better handicapped horses in the race.

A classy performer over hurdles but still relatively inexperienced over fences. Fell when running a big race in the Irish Gold Cup and a never-dangerous sixth at Cheltenham.

Has run three solid races since joining Rebecca Curtis but a faller on his only previous attempt at this distance.

The winner of a veterans’ chase last time out and twice a winner over fences at Cheltenham.

Posted a career-best effort when fifth in the Cheltenham Gold Cup and highly regarded by trainer Paul Nicholls.

Well beaten at Cheltenham and Aintree last season but has since joined Gordon Elliott. The winner of a three and a quarter-mile chase at Down Royal last month.

A promising novice in 2015-16 but has lost his way since. Pulled up on his most recent outing in Ireland and difficult to fancy.

Given a terrific ride by Katie Walsh when narrowly beaten in the Foxhunters at Cheltenham. He was pulled up here last year but is now 5lbs lower in the weights.

Venetia Williams produced a 100-1 winner with Mon Mome and this one is another big outsider. Has shown good form at two and a half to three miles but steps into unknown territory on Saturday.

The winner of the Grade 1 RSA Chase at Cheltenham last season and carries plenty of stable confidence. Looks held by Vieux Lion Rouge and Definitly Red on recent form but never knows when to give up.

Has not raced since winning at Uttoxeter last summer, although he has won when fresh in the past.

Has chased home Many Clouds and Native River this season but was well beaten at Kelso last time.

Sam Waley Cohen rides this one for Neil Mulholland, the winner of last season’s Bet365 Gold Cup at Sandown. Ran a fair trial at Cheltenham last time and suited by the faster ground.

Finished eighth here in 2015 off a 4lbs lower mark but impressive at Cheltenham last month. Don’t expect to see much of him on the first circuit but a strong finisher.

It would be fair to say that he has a mind of his own having pulled up in six of his last eight races. He won and finished second in the other two so supporters will hope he is in the mood.

David Pipe’s French import ran well to finish seventh last year and looks a better horse this season. Has won two important trials but is only 3lbs higher than last year and must have a serious chance.

If there is a blot on the handicap, it is Definitly Red. He beat The Last Samuri by fourteen lengths last time and meets him on identical terms. Not yet proven at the trip but wasn’t stopping at Doncaster after three miles and two furlongs.

Ran a similar race to Vieux Lion Rouge last season when fading to finish sixth. Has not won since but races off the same official rating and has been aimed at the race all year.

Big stamina doubts about this horse, despite winning over three miles at Kempton in December. Can put in the odd mistake and Adrian Heskin has the task of coaxing him around Aintree.

Deserves to win a major prize after some good efforts in top staying chases. Has a lot of ground to make up on One For Arthur on Warwick form in January.

Ruby Walsh has the ride on this gelding for Willie Mullins who will be having only his seventh race over fences. Stayed on well in a Grade 3 at Fairyhouse in February but pulled up on his only previous attempt at four miles.

Lucinda Russell trains this gelding who a great chance of emulating Rubstic who won for Scotland in 1979. He was a good winner at Warwick last time out and regular jockey Derek Fox has returned from injury in time for the ride. Can get detached in the early stages so any further rain would help his cause.

A talented performer on his day but you have to go back two years for his last victory. Has pulled up on his last three starts and looks one to avoid.

A leading novice chaser in 2014 but blighted with injury ever since. Rebecca Curtis will have to work wonders to get him back to his best for the National.

Ran a super trial when beaten only a short-head by Vieux Lion Rouge in the Becher Chase in December. He had won the same race last year and it would be no surprise to see him in the first six.

Has improved out of all recognition since joining Kerry Lee but got no further than the first fence on his previous visit to Aintree. His overall form suggests that he’d like the ground a lot softer.

A Cheltenham Gold Cup winner racing off 10st 10lbs would normally be something to bet on! Unfortunately Lord Windermere’s win was three years’ ago and he has not won since. The drying ground will help but full credit to his trainer if he can win this.

Finished second to the ill-fated Many Clouds here in 2015 but pulled up last year in soft ground. The better surface will help him and he has the assistance of Davy Russell in the saddle. 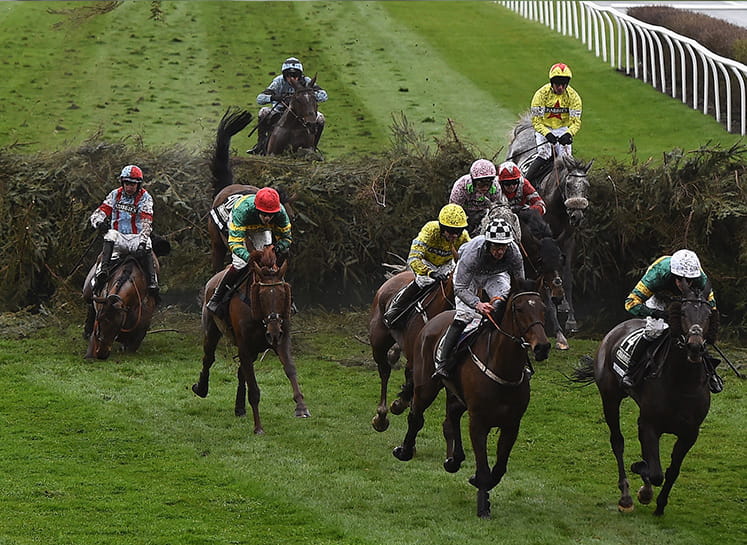 Won the Scottish National last year but has not troubled the judge in four subsequent outings. Would like to have seen more from him in his prep races.

Won the Bet365 Gold Cup in 2015 and was beaten a short-head by The Young Master in the same race last year. Won his prep race at Newbury last month but was tailed off in the race last year.

A decent novice when trained by Willie Mullins and now in the care of Noel Meade. Never in contention at Cheltenham last time.

Second in the Welsh National at long odds before being beaten into second place over hurdles at Thurles. He’s no spring chicken at the age of twelve and finished eighth here back in 2014.

This horse has been with Tom George and Paul Nicholls before arriving at Henry De Bromhead’s yard in Ireland. Only beaten a neck in the Leopardstown Chase in January but can be a bit headstrong.

One of the unluckiest losers at the Cheltenham Festival when just collared by Domesday Book. Virtually pulled up last year but has a better chance of lasting home if the ground continues to dry out.

Won the Irish Grand National last season for Mouse Morris, successful last year with Rule The World. A fairly similar profile to that horse and one of the better long shots.

Nicky Henderson has never won the National and it would be a major surprise if he does not have to wait at least another year. Two wins from twelve chases but has failed to complete in four of his last five starts.

Won the Irish National under Katie Walsh in 2015 but pulled up on his only visit to Aintree. Has a squeak on his run behind Pleasant Company in February.

Made the running in the Grand National Trial before being left trailing by Vieux Lion Rouge and Blaklion.

Put up a game effort when second to One For Arthur at Warwick in January before winning at Hereford. Disappointing last time at Haydock where he jumped very slowly.

Just sneaks in at number 40 but very little to recommend him. Pulled up at Cheltenham and beaten 32 lengths in the Grand Sefton.

Ran better than stable companion La Vaticane at Cheltenham after being pulled up at Warwick.

Beaten a short-head by Rogue Angel in last year’s Irish National and second to Cause Of Causes at Cheltenham.

Moved from Mick Channon to Donald McCain in October last year but has been well beaten in both starts for new stable.

The 2017 Grand National is due off at 5.15pm on Saturday 8th April and will be televised live on ITV4.