The feature race at Ascot on Saturday is the £1.15million Group 1 King George VI and Queen Elizabeth Stakeskes at 3.00.

The Gordon Stakes is a recognised trial for the St Leger and is often won by high-class performers. Horses that have successfully go on to win the season’s final Classic include Minster Son (1988), Nedawi (1998), Millenary (2000), Sixties Icon (2006) and Conduit (2008). Other top-class winners include Harbinger (2009), Noble Mission (2012) and Highland Reel (2015), all subsequently successful at Group 1 level. 2016 winner Ulysses became the latest horse to go on to win in the highest grade when winning the Eclipse Stakes at Sandown.

Sir Michael Stoute is the most successful trainer in the history of the Gordon Stakes with nine winners. He will attempt to make it ten with the ante-post favourite Crystal Ocean, a colt by Sea The Stars. Crystal Ocean was backed for this year’s Derby but did not make the Epsom Classic despite finishing third in the Dante Stakes. Stoute elected to run him at Royal Ascot where he filled the same spot behind Permian. He was under pressure some way out at Ascot on the fast surface and the easier ground at Goodwood should suit him.

John Gosden saddles Khalidi, a disappointing fourteenth in the Derby after being supplemented for the race. His owners were keen to run at Epsom after he won the Listed Cocked Hat Stakes here in May by five lengths. Khalidi bounced back to form at Royal Ascot when splitting Permian and Crystal Ocean in the King Edward VII Stakes. He lost his place with a quarter of a mile to travel before running on again at the finish. Frankie Dettori rode him at Goodwood in May and is re-united with the High Chaparral colt on Saturday. 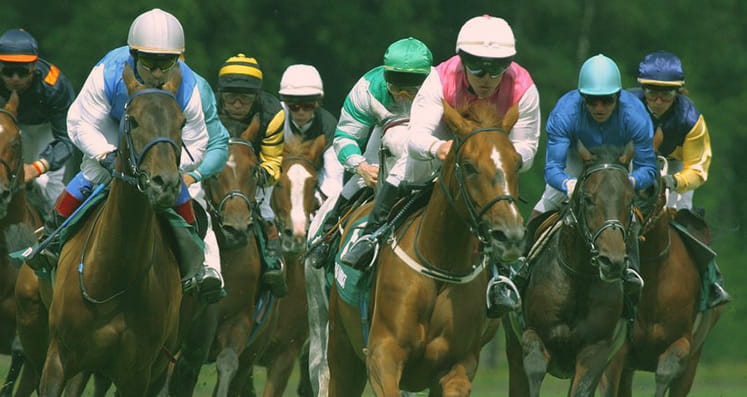 Mount Moriah Ready to Step Up in Class

Pat Cosgrave rides Across Dubai for William Haggas, a colt by Cape Cross out of a mare by Dubai Destination. He recently won a Haydock handicap off a mark of 85 on good to firm ground. He seemed to relish the step up to ten furlongs that day but still has plenty to prove at this level. Eve Johnson Houghton’s Jake’s Hill won a Sandown maiden in June over ten furlongs. He then finished third to Spark Plug in a Listed race at Sandown after making the running. Mount Moriah is chasing a four-timer but is taking a steep rise in class.

Ralph Beckett’s gelding was an easy winner in soft ground at Newbury in May. He then defied a 12lbs rise in the weights to win a mile-and-three-quarters handicap at Ascot by four lengths. He was rated 93 that day and has now been re-assessed at 102. That mark puts him in with an each-way chance at this level and he is the only runner with winning form in the soft.

The Qatar Gordon Stakes is due off at 3.00 on Saturday 5th August and will be televised live on ITV.