The £225,000 Gimcrack Stakes at York on Saturday is a Group 2 race over six furlongs for two-year-old colts and geldings. Previous winners include Classic winners Turtle Island (1993) and Rock Of Gibraltar (2001). More recently, the Gimcrack has been won by leading sprinters Amadeus Wolf (2005) and Muhaarar (2014).

William Haggas has trained the winner three times in the past eleven years. Charlie Appleby won the race last year with Blue Point who defeated Mokarris and The Last Lion.

Cardsharp is set to carry a 3lbs Group race penalty for Mark Johnston and James Doyle. He beat US Navy Flag by a length and three-quarters in the July Stakes at Newmarket. He then finished three and a half lengths behind Barraquero at Goodwood on soft ground.

He was over two lengths behind the Charles Hills trained runner-up Nebo. The son of Kodiac was disappointing at Royal Ascot on fast ground. He then failed by only a head to hold Gustav Klimt in a Group 2 at Newmarket. Champion jockey Jim Crowley has ridden him in his last three starts and retains the ride on Saturday.

Invincible Army is trained by James Tate and ridden by Martin Harley. He was fourth to Cardsharp at Newmarket before chasing home Havana Grey at Goodwood. His latest run was his first over five furlongs and he steps back up to six for the Gimcrack.

Richard Fahey’s Sounds Of Mali is a son of Panis out of a mare by Indian Rocket. He won at Nottingham on his second start when beating Eirene by three and three-quarter lengths. The form received a timely boost when Eirene won the Listed St Hugh’s Stakes at Newbury. This is a step up in class but his future entries include the Group 1 Middle Park Stakes at Newmarket. 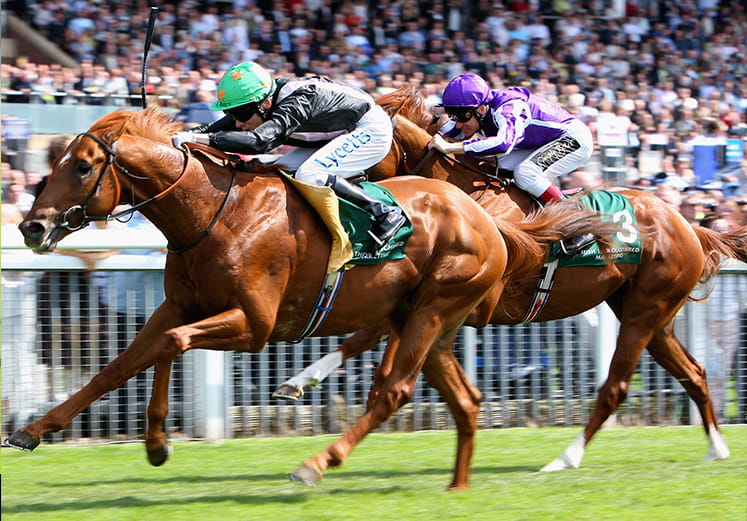 Headway ran a tremendous race at Royal Ascot when beaten a head in the Coventry Stakes. He failed to cope with the soft ground at Goodwood and finished six lengths behind Barraquero. Daniel Tudhope rides Nobleman’s Nest for Simon Crisford. The Poet’s Voice colt was beaten a nose on his debut at Doncaster in July. He then won a novice auction stakes at Newmarket by a length and a half. His future entries include the Group 1 Middle Park Stakes, Dewhurst Stakes and 2018 Epsom Derby.

Frozen Angel looks fully exposed with one victory from six races for Tom Dascombe. The grey was second to Unfortunately in a Group 2 in France before finishing fifth in a Group 1 at the Curragh. That was his first run at six furlongs and he will be ridden by Richard Kingscote.

Tim Easterby picked up a good juvenile prize with Wells Farhh Go on Wednesday. He relies on Staxton, a colt by Equaino out of a Golden Snake mare. He has won twice at Haydock but was comprehensively beaten by Hey Jonesey here in July.

The Gimcrack Stakes is due off at 3.00 on Saturday 26th August and will be televised live on ITV.