Ryan Giggs has been appointed the new Wales manager on a four-year contract. The former Manchester United winger has put pen to paper in a deal that sees him succeed Chris Coleman as the national team coach.

Britain’s most decorated footballer Ryan Giggs is the new manager of the Wales national football team. The 44-year-old former Manchester United winger had been favourite to succeed Chris Coleman who left the role to manage Sunderland in November.

Giggs first task will be to ensure that Wales gain qualification for the 2020 Euros. This long-term plan is due to Wales missing out on this year’s World Cup as they suffered a painful exit at the hands of the Republic of Ireland in a World Cup play-off in Cardiff.

When the FAW confirmed his appointment Giggs was quick to state what an honour it was for him to take up the role. Whilst this will be Giggs’s first permanent managerial position, he did take charge of Manchester United as an interim player-manager in April 2014. This was to replace David Moyes who was sacked as United’s manager. In this time Giggs took charge of four games, winning two, drawing one and losing one.

Between 1991 and 2007, Giggs won 64 caps for his country but has faced constant controversy due to the amount of games he did miss in his playing career, especially friendly games involving Wales. And whilst we see a similar situation with Gareth Bale and Real Madrid, the Welshman has long had to face questions over his commitment to his country.

Former team-mate Clayton Blackmore has suggested that it was Sir Alex Ferguson, Giggs’s manager at Manchester United that prevented Ryan playing for his country rather than the player himself. 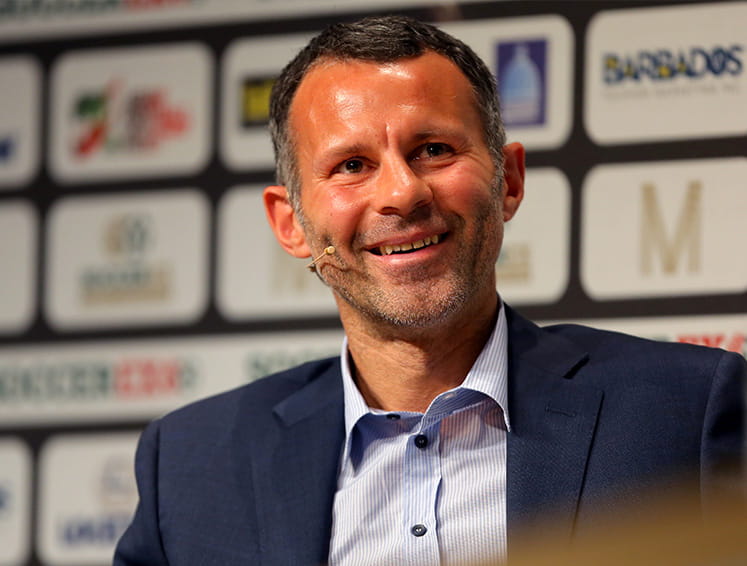 Another misconception surrounding Giggs is the publicly held belief that he could have played for England, something that diminished his standing from England fans and was a cause of ire for Welsh supporters. But in reality, this was never the case.

The misunderstanding came from the fact that Giggs once played for England Schoolboys, for which the criteria for selection was attending an English school rather than nationality of the player. Something Giggs has tried to point out in many interviews.

One thing is certain, Giggs knew how to win as a player. His haul of 25 major trophies is unlikely to be beaten anytime soon and if he can replicate even a fraction of the success he achieved as a player then the future would look very bright for the Welsh team.