The Republic of Ireland won’t have a problem winning against bottom of their group – Gibraltar. This match is like a training session for the Irish team before their very important game against Georgia on Monday.

Martin O’Neill’s side is five points behind leaders Poland lying fourth in Group D. So, if they are to qualify, Ireland have to earn six points from their next two games. It looked like an easy task for the Irish players to earn the full package of points in their first match against Gibraltar, but O’Neill said that there are no easy games and his players will have to be extremely motivated in front of the goal.

On the other hand, Jeff Wood, who is the new manager of Gibraltar, have problems with picking his starting eleven, after some of his players refused to play. This players explained that they have personal reasons for not taking part in this upcoming match.

Ipswich Town striker, McGoldrick, has been in good form, scoring three times in his last seven games, but he will miss these important matches through injury.

O’Neill will give a chance to Bournemouth player Eunan O’Kane who is likely to earn his first cap for his country.

When The Republic of Ireland last played against Gibraltar, the Irish team won 7-0. Gibraltar being bottom of the group it’s not so impressive; they scored just one goal in six games and conceded 34!

With strikers like Robbie Keane, Shane Long and Kevin Doyle, it looks inevitable; the visitors will score lots of goals. 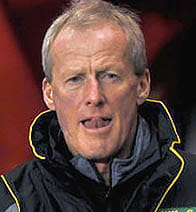 Jeff Wood (Gibraltar) : “I don’t care how many goals we lose by!” 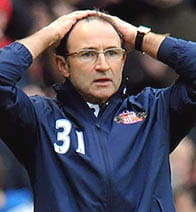 Martin O’Neill (Ireland) : “If you get the time, it is worth watching Gibraltar’s game against Germany.”