The 2.25 at Newbury on Saturday is the Gerry Feilden Hurdle for four-year-olds and upwards over two miles. This race was won 12 months’ ago by Epatante who subsequently shot through the ranks to win the Champion Hurdle in March. Comedy Of Errors (1972), Kribensis (1988) and Rock On Ruby (2011) were other Champion Hurdlers to take this prize. Epatante was a record sixth Gerry Feilden winner for trainer Nicky Henderson who is strongly represented again this weekend. 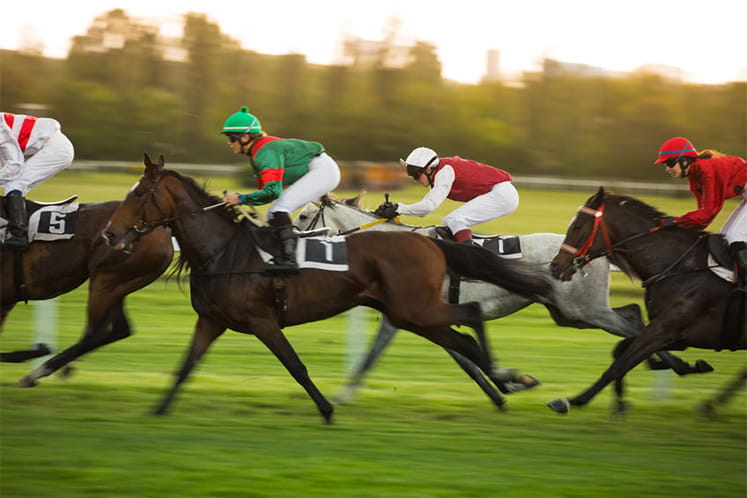 Henderson is set to unleash another exciting prospect in Marie’s Rock, unbeaten in three starts under rules. She won a modest bumper at Ffos Las in May last year before winning comfortably over hurdles at Haydock and Taunton. She has not raced since beating Midnight’s Gift by eight lengths in December last year, but the fact that she is entered for the Champion Hurdle shows just how highly she is regarded.

Stable companion Floressa looks more exposed after defeats at Doncaster and Cheltenham last season. She was no match for Lady Buttons at Doncaster in January and never really threatened in the Mare’s Novice Hurdle at the Festival. Floressa has run well at Newbury in the past, but she looks like the stable number two on Saturday. Paul Nicholls trained Rock On Ruby to win this race and has an interesting contender in Thyme White. The son of Anodin put up an impressive display to beat The Pink’n by three lengths at Chepstow on his reappearance in October. He was raised 11lbs by the handicapper for that effort and was prominent in the betting for the Greatwood Hurdle. Nicholls decided to withdraw him when the going deteriorated at Cheltenham and this looks a far more suitable target. He is a free-travelling sort and should be ideally suited by the flat track and better ground at Newbury.

The Pink’n appears to have a difficult task to reverse the Chepstow form on similar terms. He has since been beaten 4 length by Botox Has at Cheltenham who is another with Champion Hurdle aspirations. He is trained by Gary Moore and much of the focus has been on stable companion Goshen, so unlucky to unseat his rider in the Triumph Hurdle. Moore maintains that Botox Has is a smart prospect but he must concede weight all round here.

Milkwood was an easy winner at Ffos Las in October before finishing a respectable fourth to Sceau Royal in the Welsh Champion Hurdle. That form looks even better after runner-up Ballyandy filled the same spot in the Greatwood Hurdle and third home Buzz bolted up at Ascot. Neil Mulholland’s six-year-old must be considered a good each-way bet on that evidence.

Sebastopol won a Musselburgh Handicap by half a length in February but has had a lengthy lay-off. He did win first time out last season and Tom Lacey’s stable are in good form. Millers Bank and Pisgah Pike complete the 9-runner field but both look to have too much to do on official ratings.

The Gerry Feilden Hurdle is due off at 2.25 at Newbury on Saturday 28th November and will be televised live on ITV.