Geraint Thomas has so often been the bridesmaid but never the bride, working tirelessly and sacrificing personal glory for the good of the team. Watching on the side-lines as Chris Froome and Bradley Wiggins basked in the media spotlight. The Welshman’s stunning Tour de France win sees him step out of the shadows.

32-year-old Thomas is no stranger to winning, the Cardiff born rider enjoyed success as part of the team pursuit riders who won Olympic gold in 2008 riding with Ed Clancy, Paul Manning and Bradley Wiggins. He was also alongside Steven Burke, Peter Kennaugh and Ed Clancy when they won gold at the 2012 Olympic Games in London, their winning time of 3:51.659 broke the world record. He was also part of the pursuit team that won three world championships.

In Cycling’s grand tours (Tour de France, Giro d’Italia and Vuelta a España) Thomas was asked to play the role of domestique, severely limiting his chances of individual success, therefore his spectacular win at this year’s Tour de France is a rich reward for many years of servitude for the Welshman.

The early signs that Thomas was on the cusp of greatness were evident in last year’s tournament. Thomas won the first stage of the 2017 Tour de France, becoming the first ever Welshman to wear the famous yellow jersey, a crash later in the tournament ended his chances but the experience of wearing the yellow jersey would prove a powerful incentive a year later.

In this year’s competition Thomas produced an almost flawless display, he became overall leader in round 11 at the mountain stage between Albertville – La Rosière and never surrendered the lead for the next ten rounds, in winning he becomes the first Welsh rider to win cycling’s most prestigious tournament and the third British rider to win, following in the footsteps of Wiggins and Froome. 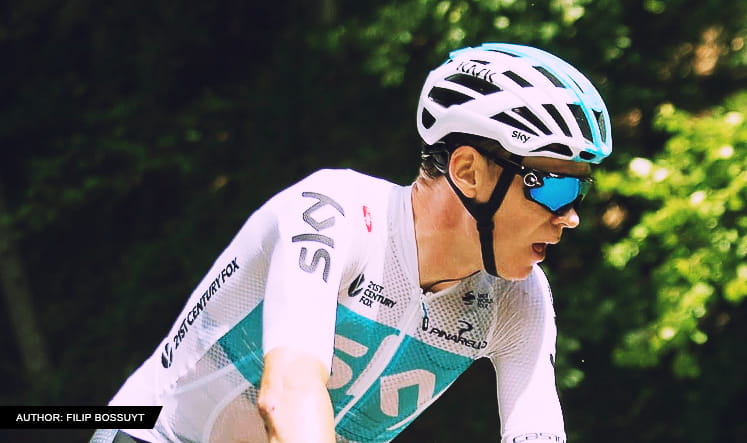 Many expected Froome to become the fifth rider to achieve five Tour de France wins but the Brit finish in third place, 2 minutes and 24 seconds behind Thomas. But the four-time winner stated he was happy to be part of the “G” journey and was delighted for his team mate and also for his own podium finish.

Froome revealed that the pair have enjoyed a 10-year journey as team-mates and is proud to also call Thomas a friend. It is testament to the team spirit in the Team Sky camp that Froome was willing to sacrifice his own quest to make history to support a rider who has helped the 33-year-old achieve so much in the sport.

Team Sky’s team principal Sir Dave Brailsford has backed Froome to equal the record for Tour de France wins but the rider himself has stated it is too early to even think about next year and revealed his immediate thoughts are on getting home in time for the birth of his daughter which is imminent.

It certainly wasn’t an easy competition for Froome, he has faced doping accusations this year and despite being cleared of any wrongdoing, the French crowd turned their anger towards Froome and there were instances of spitting and throwing liquid into the face of the rider in this year’s event.

At one stage around the Alpe d’Huez circuit a spectator threw a punch at Froome whilst another dropped his trousers to “moon” the OBE holder.