Even though Georgia is not the strongest opponent for Scotland, Scottish players will have to play their best in order to win the game and earn the vital three points. After the visit to Georgia, Scotland will have to play against Germany at home and later against group leader Poland. So, this match against the Crusaders is a must win situation.

Scotland’s players are in top form. Fletcher and Morrison both played in West Bromwich’s 1-0 win against Stoke. Chris Martin scored a goal for Derby in their last Championship game. Shaun Maloney assisted a goal for his club Hull City. Furthermore, he did it on his debut. Allan McGregor and Andrew Robertson also played for the Tigers.

Scotland’s manager Strachan praised Stuart Armstrong for his efforts playing in Celtic’s first team and is giving him a chance of winning his first international cap.

Goalkeeper Allan McGregor returns to the squad after injury, so does Blackburn defender Grant Hanley.

Midfielders Charlie Adam and Barry Bannan are dropped. The reason Bannan will miss Georgia’s visit is his lack of recent games.

Strachan feels he has too many equivalent players and is having a hard time deciding who should be on the pitch. The manager said he’s finding it difficult to make the decision as to who will be in the final squad. 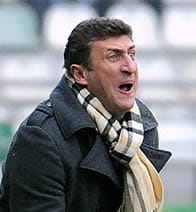 Kakhaber Tskhadadze (Georgia) : “I hope to see my team scoring against Scotland.” 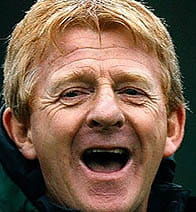 Gordon Strachan (Scotland) : “I have too many equivalent players and that’s why it’s so hard for me to pick the squad”.