The 2.10 at Newbury on Sunday is the Dubai Duty-Free Stakes, registered as the Fred Darling Stakes. It is a seven-furlong race for three-year-old fillies and a recognised trial for the 1000 Guineas. Previous winners who went on to Classic success include Salsabil (1990), Shadayid (1991), Bosra Sham (1996) and Wince (1999). The race has been less informative for the Guineas in recent years, with Lahan (fourth in 2000) the last filly to go on to win at Newmarket. 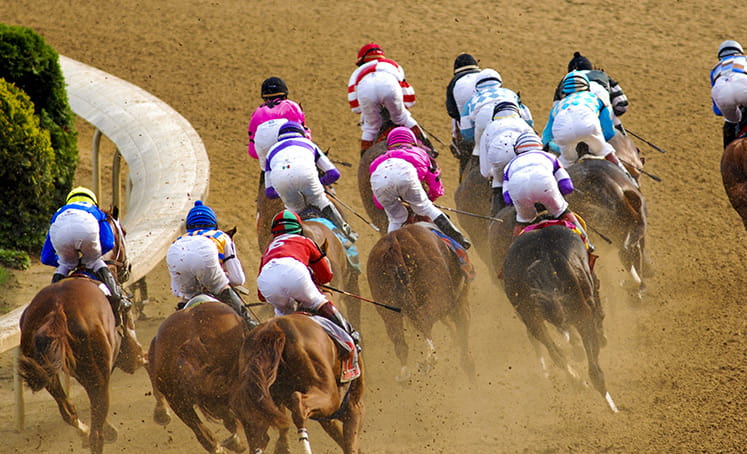 The ante-post favourite is Alcohol Free, trained by Andrew Balding and ridden by Oisin Murphy. The stable struck in Wednesday’s European Free Handicap with Her Majesty’s Tactical, who, like Alcohol Free, was having his first run of the season. Recent reports of the daughter of No Nay Never have been encouraging ahead of her first attempt at seven furlongs.

She was beaten three-quarters of a lengthy by the prolific Happy Romance at Salisbury last September over six furlongs. She reversed the form with that filly when battling on gamely to beat Miss Amulet and Umm Kulthum in the Group 1 Cheveley Park Stakes at Newmarket. Her breeding suggests that she will stay the extra furlong, and she looks the one to beat.

Umm Kulthum is by Kodiac out of a Shamardal mare and has less than a length to make up on Newmarket form. That followed a Group 3 win at Ayr over six furlongs, and trainer Richard Fahey saddled a treble at Beverley on Wednesday.

Happy Romance was a model of consistency as a two-year-old and is more speedily bred by Dandy Man out of a Marju mare. She won four times as a juvenile including the valuable Weatherbys Super Sprint here in July. It is possible that she will prove to be a six-furlong filly, and Sean Levey will be keen to restrain her in the early stages.

Isabella Giles Bids To Bounce Back From Newmarket Defeat

Clive Cox is represented by Isabella Giles, a daughter of Belardo out of a Dubawi mare. She was twice a winner over seven furlongs as a juvenile, claiming the Group 2 Rockfel Stakes on her penultimate start. She was fancied for the Group Fillies’ Mile in October when stepped up in trip but raced too keenly and faded badly in the soft ground. She had previously looked a very progressive filly and still holds a 1000 Guineas entry.

Roger Charlton relies on Lucid Dreamer, a grey filly by Dansili who is unbeaten in her two starts to date. She won on the all-weather at Kempton before following up over course and distance here in September. She only had two rivals that day, so the form is suspect, and she could be one to keep an eye on for later in the season.

Dandalla won her first three starts for Karl Burke, including the Group 2 Duchess of Cambridge Stakes at Newmarket. She was off the track for 78 days prior to finishing fifth in the Cheveley Park, but her pedigree suggests she may struggle to stay beyond six furlongs.

Lullaby Moon won four of her six races as a two-year-old for Ralph Beckett. Her final success came in a Group 3 in heavy ground in France over seven furlongs, so stamina is not an issue. She was two lengths behind Umm Kulthum at Ayr before landing a valuable race at Redcar. She has won on good ground but would prefer a bit of cut.

The John and Thady Gosden stable are represented by Miss Finland and Wild Iris. The former was a narrow winner of a Chelmsford maiden in December. She is taking a big step up in class and does not hold a Classic entry. Stable companion Wild Iris is still in the 1000 Guineas but also has plenty to prove after winning on the all-weather at Newcastle in October.

Sir Michael Stoute has his team in terrific form at the start of the turf season, with a strike rate of over 50%. Ville De Grace is bred to stay beyond a mile in time so did well to win a six-furlong maiden at Yarmouth last season.

The Fred Darling Stakes is due off at 2.10 at Newbury on Sunday and will be televised live on ITV.