France are the 2018 FIFA World Cup champions as they beat Croatia 4-2 to win their second title in their nation’s history after a twenty year wait since clinching the 1998 edition in their own backyard.

Despite all the pre-tournament concerns, the tournament has been a splendid success with Russia being a great host. The stadiums have been great, the surprises have been better with the big teams’ disappointments adding to the unique aspect of the tournament. The football has been top class, the goals wonderful, and the players really gave the fans something to talk about at the water cooler. Well done Russia, you made the summer one of excitement and intrigue.

So after so much excitement, the final was always going to be a tense and boring affair right? Not a chance! Both teams played their part in what was a 6 goal thriller.

The 4-2 score line is really unfair on Croatia. Croatia played some great attacking football and for most of the match, they were the better side. They really took the game to France but ultimately lacked the quality to break the steel defences of the French.

Paul Pogba was outstanding on the night, putting the speculation about his club future to one side he showed true maturity in the centre of the park and whilst the French team didn’t dominate the midfield, when he was on the ball, France looked the most threatening side. He scored the third goal that kept the game out of Croatia’s reach, especially as he scored that goal when Croatia were chasing the match and almost came close to equalising.

Kylian Mbappe, who deservedly won the Young Player of the Tournament award, constantly created trouble for the self-proclaimed “best defender in the World” Dejan Lovren. With lightning speed, great turns, and a fantastic 4th French goal which netted the youngster’s his 4th goal of the tournament.

The Video Assistant Referee (VAR) was again in the spotlight with a penalty call for the second goal. Was it a penalty? Partly yes, partly no, really depends on the side you were supporting.

The first goal came from a free kick and could be viewed by anyone as a dive by Griezman. Anyone that is, apart from the man in charge. France rode their luck at times and you cannot help but feel sorry for the plucky Croatians. 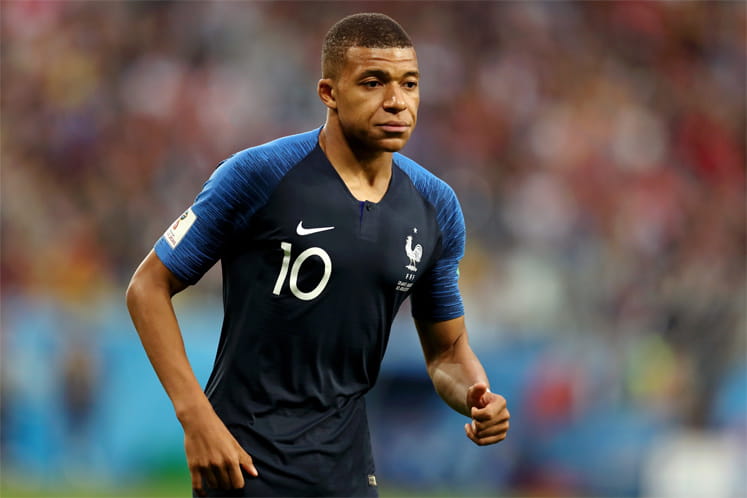 England vs Belgium was the game no-one wanted to play and I suspect hardly anyone wanted to show but surprisingly it turned into a good game played with a great deal of pride with the title of third place up for grabs.

England lost 1-0 in the first match between the two in the group stages and like that fixture (Belgium and England had already qualified) it was expected that both teams would play squad players. And so it proved with England making six changes to the team that lost to Croatia. Belgium on paper at least, seemed to take the match more seriously, making just one change to the team that lost to France in the semi-final.

It was Belgium that drew first blood, scoring in the fourth minute with a quick counter-attack that started from their goalkeeper and was completed by Thomas Meunier.

One of the sub-texts of the game was the race for the Golden Boot with Harry Kane and Romelu Lukaku both in the race for the award for most goals scored in the World Cup finals. And true to form in the most consistently inconsistent World Cup in living memory, neither of the duo did particularly well.

Lukaku was terrible in the night with poor touches twice when Kevin De-Bruyne’s killer passes found him inside and away from defenders.

Harry Kane was also having his own bad day at the office, missing a clear chance that would have been a routine Kane goal as he fired wide when sterling found him clear. Thankfully for the Tottenham man, his goals earlier in the tournament were enough for him to pick up the award.

Gareth Southgate made critical changes at half time, bringing in Jesse Lingard and Marcus Rashford to fire up the attack. England looked the most likely team to score coming close with Eric Dier, of all people. The Tottenham player chipped the ball past Thibaut Courtois but it was cleared off the line by Spurs teammate Toby Alderweireld.

The last word though went to alleged Real Madrid target, Eden Hazard. The 27-year-old caught England with a sucker punch in the 82nd minute.

The blame for the second goal must be placed at the door of human gargoyle, Phil Jones. His footwork had all the grace of a pissed up elephant in a ballerina class as the 26-year-old forgot how to defend.

We shouldn’t be surprised; the Manchester United player has form.

In the FA cup final, Jones made the same mistake against the same player but this time Hazard did not need a penalty as he fired a low and hard shot past Jordan Pickford. The game ended 2-0 and all that was left was to reflect on just how close we had come this year. It is also worth remembering how far we have gone though, the Iceland defeat in the Euros now seems a very long time ago, thank-you England.