The highlight of the card at Newcastle on Saturday is the Grade 1 £110,000 Fighting Fifth Hurdle.

The Fighting Fifth is one of the first big Champion Hurdle trials of the season and has been won by many famous names in the past. Comedy Of Errors completed a hat-trick in this race between 1972 and 1974. Bird’s Nest is the only other horse to win the race on three occasions, his successes coming in 1976, 1977 and 1979. Irving, successful in 2014 and 2016, will attempt to add his name to the list on Saturday.

All eyes will be on Buveur D’Air, the reigning Champion Hurdler trained by Nicky Henderson. The six-year-old had looked destined for a career over fences after winning at Haydock and Warwick last December. With a number of leading fancies ruled out of the Champion Hurdle, Henderson decided to switch him back over hurdles.

An effortless win at Sandown was followed by a four and a half lengths victory at Cheltenham. He defeated stable companion My Tent Or Yours after being driven into the lead approaching the last. Buveur D’Air confirmed the form at Liverpool next time over two and a half miles. The son of Crillon has won on all types of going and should not be inconvenienced by the testing conditions at Newcastle. Official ratings give him a 15lbs advantage over his nearest rival on Saturday.

Paul Nicholls will be hoping that Buveur D’Air is vulnerable on his seasonal debut as he seeks a slice of history with Irving. The nine-year-old has won 12 of his 24 races including two victories in this race. He was beaten over eleven lengths by Henderson’s horse at Sandown in February and was virtually pulled up at Wincanton next time.

Flying Tiger won the Fred Winter Hurdle at the Cheltenham Festival in March. He was no match for Triumph Hurdle favourite Defi Du Seuil at Aintree in April. Nick Williams sent him to Wincanton last month where he finished a respectable third to the ill-fated London Prize. 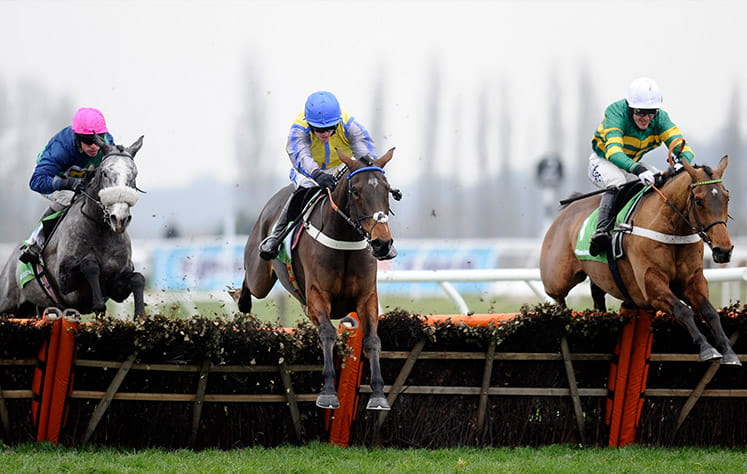 Mirsaale represents Keith Dalgleish, a seven-year-old gelding by Sir Percy. He has won eight of his 38 races but would receiving 30lbs from the favourite if this were a handicap. The field is completed by Katgary, currently rated 37lbs inferior. The seven-year-old is comfortably held by Mirsaale on Perth form in August. He is already a winner over fences and that is where his future lies.

The Fighting Fifth Hurdle is due off at 2.10 at Newcastle on Saturday 2nd December and will be shown live on ITV.