Reigning Champion hurdler Buveur D’Air is set to reappear in the Fighting Fifth Hurdle at Newcastle on Saturday. Nicky Henderson’s seven-year-old has only been defeated once in eleven races and is being aimed a third successive Champion Hurdle at Cheltenham in March.

Henderson will bid for his fifth win in the race but is expecting a tough battle for Buveur D’Air. The son of Crillon had been destined for a career over fences in 2016 but circumstances conspired for a return to hurdling. The move has paid off handsomely with seven consecutive victories. He beat veteran stable companion My Tent Or Yours by five lengths in the 2017 Champion Hurdle. He was made to work a lot harder in March when all out to hold Melon by a neck in heavy ground. The French-bred gelding has won on all types of ground and goes well fresh.

He faces a tough challenge this year with Bedrock and Samcro both expected to line-up. They finished first and second in the WKD Hurdle, separated by a length and a half. Samcro started odds-on favourite that day but could only stay on at one pace in the closing stages.

Gordon Elliott’s gelding landed some big bets in the Ballymore Novices’ Hurdle at Cheltenham in March. He was still in contention when falling in the Punchestown Champion Hurdle the following month. He should have a fitness advantage over Buveur D’air on Saturday but he is still 9lbs lower in the ratings than the favourite.

Samcro has 5lbs pull in the weights with Bedrock

Bedrock is trained by Iain Jardine in Dumfries and Galloway and sprang a 12-1 surprise at Down Royal. Rachael Blackmore had steered the gelding to win at Tipperary in his previous race and retained the ride. She hit the front between the final two hurdles and Bedrock was always holding Samcro. Connections of the runner-up were understandably disappointed and will be confident of turning the tables on 5lbs better terms. 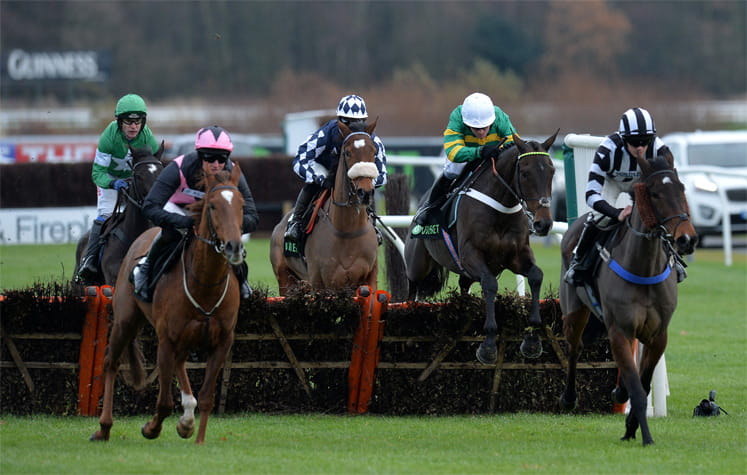 Another interesting contender here is Supreme Novices’ Hurdle winner Summerville Boy, trained by Tom George and ridden by Noel Fehily. He was placed in his first three races over timber before beating Kalashnikov by four lengths in the Grade 1 Tolworth Hurdle at Sandown in January. The margin was reduced to a neck at Cheltenham after he made a mistake at the final flight. Bleu Et Rouge and Vision Des Flos complete the six-runner field but look outclassed in this grade.

The Fighting Fifth Hurdle is due off at 2.05 at Newcastle on Saturday 1st December and will be televised live on ITV.