Federer in Numbers: The GOAT?

They say that Roger Federer did not drop a set while winning his eighth Wimbledon title, but to our minds it was more impressive that he barely broke sweat.

Federer’s classy and ruthless displays at SW 19 continued a fairytale renaissance for the Swiss star, who also won the Australian Open and has lost just twice this season (he had match points in both of these games, too).

With words failing to do the modest maestro justice, however, we thought we would present the great man’s achievements in the form of numbers. So here is a numerical snapshot of Federer’s greatness, as we pay homage to a guy who is surely the greatest male tennis player of all time.

We start with 19, which is now the number of Grand Slams that Federer has won during a stellar career. Prior to Melbourne this year, Federer’s last Slam had come at Wimbledon back in 2012, with many pundits suggesting that he would never win another against the likes of Novak Djokovic and Andy Murray.

After rolling back the years at the Aussie Open in January, however, Federer’s aggressive ground strokes and metronomic serve clinched a comfortable Wimbledon triumph and delivered a staggering 19th major title.

With Federer’s game smoother than ever and his outlook refreshed after last years’ hiatus, few would bet against him securing number 20 at the U.S. Open in September. 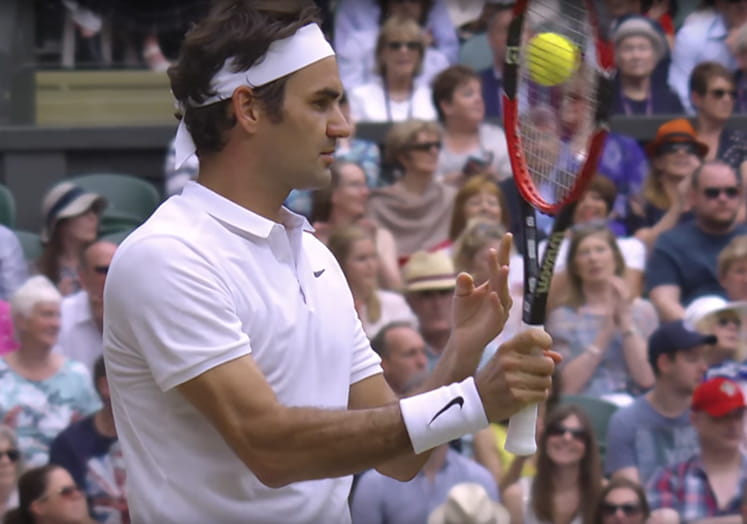 This lofty number relates to how many games Federer has won in his professional career, ever since turning professional back in 1998.

This is impressive enough by itself, but it takes on a greater dimension when you consider that he has lost just 247 times, while maintaining a staggering win percentage of 81.81%.

This number obviously includes Fed’s 19 title wins, while his incredible success rate also means that he has reached a record 29 Grand Slam finals since his debut. His total of 93 singles titles also puts him third on the all-time list in the Open Era, with the promise of more wins to come before his retirement.

As we can see, Federer hold a number of records in the men’s game, including the number of weeks as world number one. In total, he has held the number one ranking for a staggering total of 302 weeks, including for 237 weeks consecutively from 2nd February 2004.

Interestingly, he was also ranked continuously in the top 10 between October 2002 and November 2016, when only a long-standing knee injury and enforced hiatus knocked him off his perch.

It is worth noting that Federer’s success at Wimbledon moved him back up to third in the world rankings, while the Swiss marvel has confirmed that he intends to play for the remainder of the year after skipping the clay court season. Given this and the fact that he has no ranking points to defend during this time (along with the potential absence of Murray and Djokovic through injury), there is every chance that Fed will return to number one and extend his incredible record at the top of the game.