Northern Ireland have the ability to win Group F

Northern Ireland is Group F runner-up at the moment, only one point below the leader Romania. Now, Northern Ireland will play away against the unassuming team, The Faroe Islands. The Irish are expected to return home with the full package of points.

The Irish team’s schedule isn’t too bad. After this visit they will play at home against Hungary then Greece finally finishing their campaign with a visit to Finland. The most difficult match for them is already in the history, finishing 0-0 against Romania in their last qualifying game. So, if Northern Ireland take the all three points from their visit to Faroe Islands, O’Neill’s team will have serious chance of winning the group. Moreover, this is not something impossible because Faroe’s team hasn’t recorded good results against the Irish team over the years.

The Faroe Islands are in fourth place and have six points in the bag, thanks to home and away wins over Greece, and feel they could have a few more after being so close to getting points against Romania and Hungary.

Good news for manager O’Neill; Norwich City striker Kyle Lafferty returned to first-team training with The Canaries and will be available for the game against The Faroe Islands.

Chris Brunt, West Bromwich midfielder, has also been included in the squad despite having sustained a hamstring problem against Port Vale in League Cup action last week.

Alan Mannus and Lee Hodson have been recalled to the Northern Ireland squad. Chris Brunt and Kyle Lafferty are a yellow card away from a suspension, so they will have to be very careful in the upcoming match.

Atli Gregersen is the only player who can’t be used by Faroe’s manager. The defender is absent through suspension. 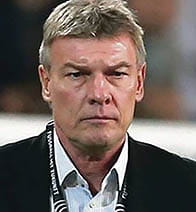 Lars Olsen (Faroe Islands) : “We have become better and better and won two times against Greece so we will go into this game feeling confident. We will be well prepared and hopefully will collect more points.” 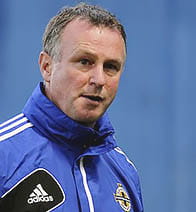 Michael O’Neill (Northern Ireland) : “Our focus has to be on ourselves.”