The semi-finals of the FA Cup are almost upon us and we have two very different games to look forward to. First up is out-of-form Everton against finding-their-form Manchester United, with both sides looking for some silverware to make up for below par league campaigns. While on Sunday we have Crystal Palace vs Watford, two of the Premier League’s more unfashionable sides looking to create some history for their club with an FA Cup final appearance. They say you should throw the form guide out of the window in the Cup, so are we in for some surprises this weekend? We take a look at the best bets available and help you decide who to back in these two monster clashes.

For blockbuster clashes like the FA Cup semis, the bookmakers roll out the whole range of markets for their customers. So punters have a wide choice of possible bets with bookmakers such as Betway and Ladbrokes. The usual range of win markets, player betting and score betting exist, but there are many additional offers – such as ‘man of the match’ offered by BetVictor and ‘to miss a penalty’ by Bet365.

Manchester United go into their game with Everton as the side fully expected by most betting operators to book their place in the final, and can be backed to win outright in 90 minutes at around evens by more operators. PaddyPower, Unibet and 888 Sport are offering the best price on a United win at 11/10. Those expecting an Everton victory can get 58/19 with Marathon Bet, with the common price across the market somewhere between 5/2 and 3/1.

Sunday’s game is a lot more balanced, with Crystal Palace slight favourites despite winning only five games in all competitions since the start of the year. Palace can be backed at a market-leading 6/4 with Betway, while Watford can be backed at 11/5 with Unibet and 888 Sport.

Of the four sides playing at Wembley this weekend, only Manchester United go into the semi-finals with any decent form behind them. They’ve lost only one game in their last eight – a 3-0 defeat at Spurs – and are boosted by Wayne Rooney’s return to fitness. Everton, United’s opponents, have failed to win any of their last six since beating Chelsea in the quarter-final. The head-to-head record between these sides is even in recent games – three wins apiece – but United’s superior form and confidence makes them a good bet. But if you’re looking for more value than the 11/10 on offer for the straight win, backing under 2.5 goals is the way to go. United have only scored more than one goal in a game twice in their last 8 games, and there have been under 2.5 goals score in 5 of Everton’s last 6 FA Cup games. Betway and Ladbrokes each offer under 2.5 goals at 8/11.

It’s difficult to decide who is the more hopelessly out-of-form between Crystal Palace and Watford. Palace have 2 wins in their last 10 games, while Watford have recorded just 2 wins from 9; both clearly have had their eye on this fixture for some time. A clear positive for Palace though is their improved defence, which has conceded only three goals in their last four games – and these were to Arsenal and Manchester United. Backing a Palace clean sheet in 90 minutes could be wise, particularly given that striker Odion Ighalo has gone cold in front of goal, scoring just once in his last 12 games. Boylesports, Coral and Betfair are all offering a Palace clean sheet at 4/9.

Sure bet – Rashford to score any time

While there’s a lot of doom and gloom around Old Trafford these days, United can boast one of the most exciting young talents coming out of England. Marcus Rashford has burst onto the scene in emphatic fashion, scoring goals for fun in a United team that are sometimes a little timid in attack. Rashford has found the net 7 times in 13 appearances this season and, if you’re going to back anyone to score at Wembley on Saturday, it’s the 18-year-old. 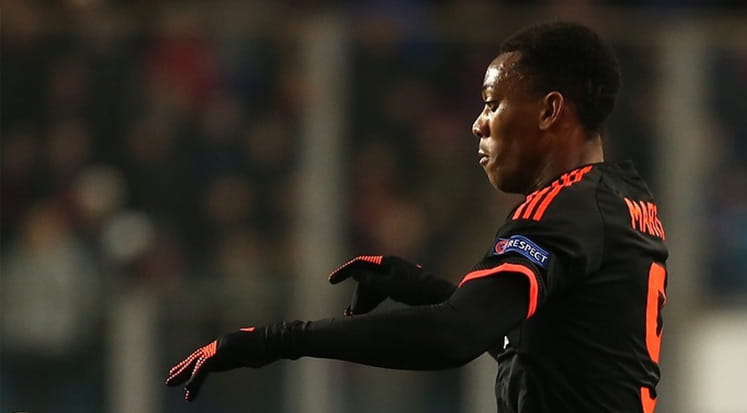 Rashford also has the useful knack of not just scoring lots of goals, but getting important ones. His two against Arsenal helped United win 3-2, his winner in the tightly-contested Manchester derby gave United a massive win, and last week’s winner against Aston Villa kept United challenging for a top four finish in the Premier League.

United-Everton could easily be a tight, low-scoring affair, and the man you would expect to score in those kinds of games is Rashford, who is 19/10 with 888 Sport, Unibet and 32Red to score at any time. But maybe Rashford to score first – available at 6/1 with PaddyPower – is where the real value can be found.

Value bet – Palace to win by one goal

If Palace are going to win on Sunday, it’s not going to be by a huge scoreline. Both they and Watford’s struggle for goals and victories suggests their Wembley showdown will be a tight affair and few goals are likely to be scored. But the key difference between the sides is one that all bettors should take into account: Crystal Palace are not conceding many goals, while Watford are.

Watford leaked three at West Ham in midweek and four at Arsenal three weeks ago. They even conceded two at home to Stoke, and the defensive frailties are there for all to see. For that reason, a narrow Palace victory looks to be the way to go, and Ladbrokes are offering 3/1 on Palace to win by a single goal. The braver bettor can pick an outright score, with a 1-0 Palace win available at 11/2 with a range of operators, including Betfred, BetVictor, William Hill and Unibet.

Outside bet – Lukaku to score first

Romelu Lukaku is Everton’s top scorer in the FA Cup this season, with three of his 25 Toffees goals this season coming in the competition. The Belgian is Everton’s most likely route to a goal and, as the club’s penalty taker, has an additional chance of scoring should Everton be awarded a spot kick.

His form has suffered with the team’s dip in performances in the last month or so, but Lukaku is a born goalscorer and his run of scoring in eight consecutive games earlier this season proved his pedigree. Given Lukaku hasn’t scored in five games, the odds of him opening the scoring have drifted to an enticing 51/10, offered by Betway.

With so many markets offered by so many operators for the FA Cup semi-finals, it can be difficult to know which one is offering the best odds. We’ve chosen a range of markets to help you decide which markets to bet on, and which operators to bet with.