Manchester City and Wigan are drawn together in the fifth-round of the FA Cup in a repeat of the 2013 final. The draw, which was kind to the “bigger” teams left in the competition also matched Manchester United facing a trip to Premier League side Huddersfield or Championship club Birmingham

The draw for the fifth-round of the FA Cup has been made and has matched current Premier League leaders Manchester City with Wigan Athletic, a rematch of the 2013 final which saw City suffer a shock 1-0 defeat at the hands of their Lancashire rivals. The City that Wigan face in 2018 is likely to pose a stern test for Paul Cook’s side but that’s the magic of the cup, anything can happen.

West Brom have been rewarded for their amazing 2-3 win at Anfield with a draw against fellow Premier League strugglers Southampton. West Brom and Southampton hold 19th and 20th spots in the Premier League but this fixture is a chance for both teams to forget about domestic woes and one of them will hit the dizzy heights of the sixth round.

Chelsea easily dispatched a feeble Newcastle United side 3-0 with Michy Batshuayi grabbing a brace before a Marcos Alonso goal in the 72nd minute put the game beyond the Geordie club. Newcastle owner, Mike Ashley may have to yet again revise his selling price for Newcastle United if he is to find a buyer for the troubled club. Chelsea’s reward for beating Newcastle is a home tie against Hull City. Hull were conquerors of Nottingham Forest in the fourth round.

Newport County of lowly League Two showed the magic of the FA Cup is still very much alive with their heroic 1-1 draw against mighty Tottenham Hotspur at Rodney Parade in Newport. Things could have been even better had not England striker Harry Kane scored in the 82nd minute to equalise a 38th minute Pádraig Amond goal. A replay however means a money-spinning visit to Wembley to play Tottenham at their temporary home whilst a redeveloped White Hart Lane is completed. 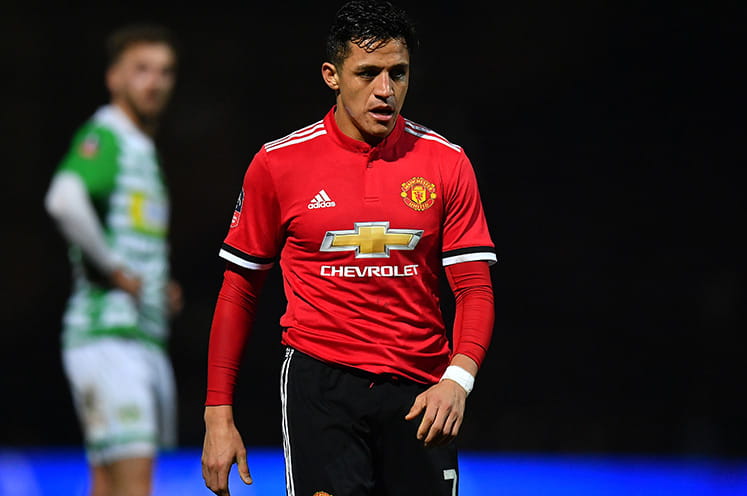 One of the highlights of the fourth-round action was the debut of Alexis Sánchez for Manchester United against Yeovil Town in a routine 4-0 win for the Red Devils. Not many United fans will be getting carried away with the victory against the Somerset team from League Two, the fourth tier of English football, but they will be impressed with the Chilean’s performance on a night in which José Mourinho rested key players. Sánchez was a capable stand-in for the missing Paul Pogba.