The longest running top-fight derby in England is back!

The Merseyside derby has proved to be a real battle between two of the best English clubs of all time. No matter what form the teams are in, they show their best in these matches; probably because of the detestation between the clubs. This is the longest running derby match in England; there has been 183 matches between these two teams.

Both teams are performing well so far and the match is really unpredictable. Everton has recorded 3 victories, has as Liverpool. The Toffees are lying on fifth place with 12 points. Liverpool have collected 11 points so far.

Even though Everton manager, Roberto Martinez, has serious problems with injuries, this don’t affect the team’s performance and The Toffees have recently lost just once in The Premier League. Except for this defeat (0-2 to Manchester City), Everton has recorded 3 victories and 3 draws. The Toffees won even against the current title holders Chelsea. Liverpool are also showing consistency in The Premiership, excluding the defeats against Man United and West Ham.

Romelu Lukaku is the man in form for Everton. The Belgian striker led his teammates to turning things around against West Brom on Monday. He has scored 4 goals so far and currently is the team’s top goal-scorer.

Liverpool’s record signing, Benteke, is having hamstring problem and surely is going to miss the most important match for his team. 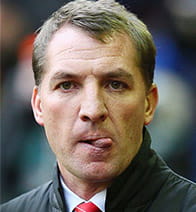 Brendan Rodgers (Liverpool) : “Of course, we will play young players but I also respect that there are other players that will need games as well – and it’s a competition we want to get avictory in. Daniel is a very good player.”