Why Eubank Could Win the World Boxing Super Series

Make no mistake; the fledgling Boxing World series is beginning to warm up, with the Super Middleweight category already building towards a thrilling finale.

After a rather one-sided opening bout between Britain’s unbeaten Callum Smith and Sweden’s Erik Skoglund (with the former winning by way of a unanimous decision), the competition stepped up a notch with Chris Eubank Jr’s stunning demolition of the Turkish prospect Avni Yildrim last Saturday night in Germany.

With the prospect of a blockbusting semi-final between Eubank and fellow tournament favourite George Groves now looming in January, the World Super Series is suddenly promising to realise its true potential. There is also an increased likelihood that Eubank will be the man who prevails, as he continues his march towards a unified world title.

Why the winner of Groves and Eubank Jr reign supreme?

Many had tipped Eubank Jr to struggle against his unbeaten and hyped Turkish opponent, particularly with the fight being held in Germany. A quick and powerful Eubank was simply too good for his opponent, however, as he dominated from the outset and used his excellent jab to spectacular effect. The fighter’s rapid hand speed also enabled him to deliver some crushing combinations, as he sent Yildrim to the canvas in the first round before knocking him out in the third.

This represented a real statement of intent from Eubank, who has already stated his desire to dominate the tournament and vanquish his opposition.

Still, number one seed Groves has the ideal chance to respond this weekend, as he takes on Britain’s Jamie Cox at the Wembley Arena. Groves is the heavy favourite to beat his domestic rival, but he will be keen to make a similarly disruptive statement and lay down a marker ahead of a New Year showdown with Eubank. If not, he may cede some momentum to his rival, which could prove crucial should the pair meet in the semi-final.

Regardless, it seems likely that the winner of the tournament will be either Eubank or Groves, especially as Smith, Cox, Jurgen Brahmer and Robert Brant seem to lack the pedigree required of a unified champion. 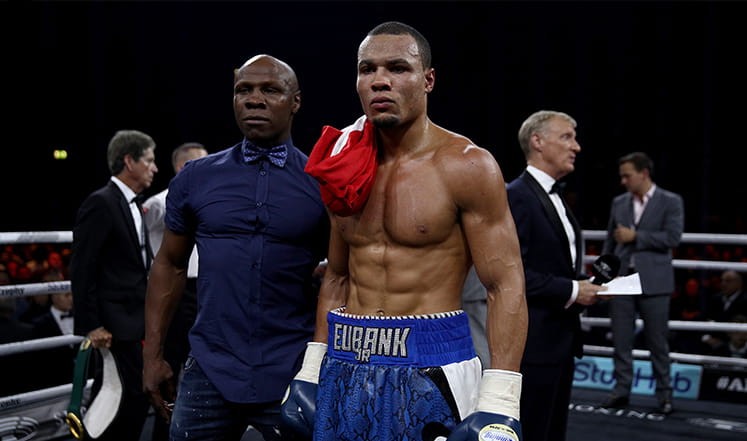 Does Eubank Have the edge?

The beauty of this tournament is that every single contender has an opportunity to compete, meaning that there are no guarantees about the potential winner. There is no doubt as to the identity of the overwhelming favourites in the Super Middleweight division, however, or the momentum that Eubank Jr will carry with him into the semi-final.

Doubts also remain about Groves’ pedigree at the highest level, with the Londoner having lost three world title fights against Carl Froch (twice) and Badou Jack. The second defeat against Froch was particularly devastating, while it cast doubt over Groves’ ability to live with a genuinely concussive puncher.

With this in mind, we think that Eubank has a slight edge over his rival, and one that could prove telling in determining the future, undisputed Super Middleweight champion of the world.