Chris Eubank Jr suffered only his second defeat as a professional boxer when he lost to fellow Brit George Groves on points in the World Boxing Super Series semi-final. Groves will fight in the final of the competition in May against the winner of the other semi-final which takes place this weekend.

One of the most anticipated super middleweight division fights between Chris Eubank Jr and George Groves ended in a unanimous points decision for 29-year-old Groves. Pre-fight, the experts were split on who would win this intriguing encounter but in the end, it was the intelligence and experience of Groves that shone through and his ability to restrict Eubank to air shots proved pivotal in this semi-final matchup. 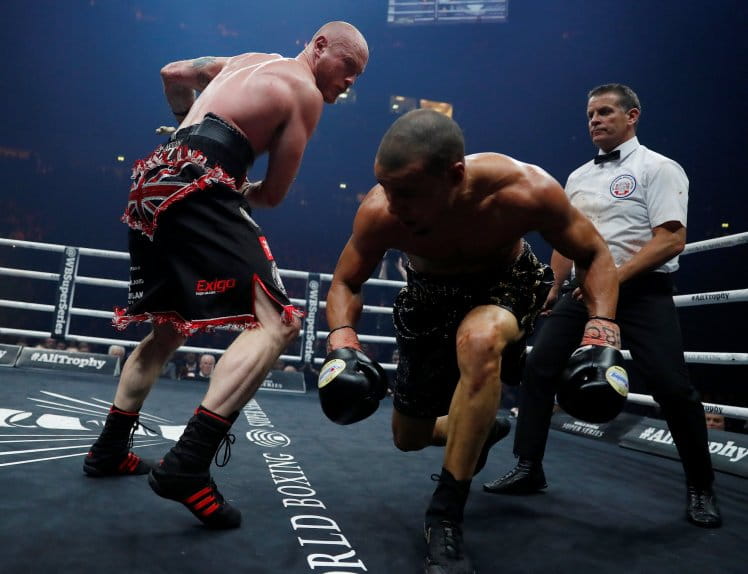 Going into the fight, both fighters had impressive records. Groves had fought 30 professional fights, in 186 rounds and winning 27 of those bouts with 3 defeats, 20 of those wins had been achieved by way of knockout. Eubank had 3 fewer fights, winning 26 and losing just the one. Like Groves, Eubank also knocked out his opponent 20 times but had been involved in 29 less rounds.

Many boxing experts and the bookies had Eubank as favourite, something that rattled Groves who was quick to point out that he was holding the WBA belt and had contested five world-title bouts as well as being the number one seed in the World Boxing Super Series.

It was this ring smart that would prove decisive for the orthodox boxer from Hammersmith in London. He knew how dangerous Eubank’s power punches were and for most of the fight he kept Eubank at a distance and relied on his jab to do the damage.

As the fight went on, Eubank was relying on pure power to floor his opponent but Groves fought majestically and kept the former IBO super-middleweight champion out of range, as desperation increased Eubank made more and more air shots and ran out of steam.

After the fight, there were accusations that Eubank lost the fight due to his arrogance as the 28-year-old had elected to train himself. Something his famous father had alluded to in an interview back in November when he stated that his son couldn’t be trained but instead needed guidance. Saying that his son needed to be left alone and his role was just of guidance.

George Groves’s trainer is Shane McGuigan, son of the infamous Barry McGuigan. Barry was the WBA and lineal featherweight world champion and many expected his son to follow in his footsteps but at the age of 21, decided he would rather be a trainer than a fighter and amazingly guided Carl Frampton to WBA and IBF super-bantamweight titles as well as the WBA featherweight title. In doing so Shane became one of the youngest coaches to achieve a world title.

Groves will fight the winner of the other semi-final which takes place this weekend. It was originally going to be Brit Callum Smith against German Jurgen Braehmer but Braehmer has had to withdraw due to injury and so Smith will now face Dutch super-middleweight Nieky Holzken instead.

It is likely that Holzken will not pose as big a threat as Jurgen Braehmer, so whilst Smith’s preparations are bound to be affected, this late change of opposition does increase the chances of an all British tie in the final of the World Boxing Super Series.