The Epsom Derby meeting gets under way on Friday when fillies take centre stage in the Investec Oaks at 4.30. Aidan O’Brien won the race for the eighth time last season with Forever Together. It was his third victory in the past four seasons, interrupted only by John Gosden’s Enable in 2017. Other notable winners of the Oaks include Time Charter (1982), Oh So Sharp (1985), Balanchine (1994) and Ouija Board (2004).

Ballydoyle are strongly represented again this year with O’Brien set to saddle four runners, headed by favourite Pink Dogwood. The Camelot filly was elevated to market leader following her victory over Encapsulation in a Listed race at Navan in April. That was her first run since finishing fifth in a Group 1 at Longchamp in October.

Pink Dogwood is joined in the line-up by Delphinia, Fleeting and Peach Tree. Fleeting won the May Hill Stakes last season, traditionally a good guide to the Oaks. Her supporters will have to overlook a lacklustre display in the 1000 Guineas where she finished last of the fifteen runners.

Delphinia and Peach Tree finished third and fourth respectively behind Tarnawa at Naas in the Group 3 Blue Wind Stakes. Delphinia looked a bit short of pace over ten furlongs but shapes as though she will come into her own over this longer trip.

Tarnawa is owned by His Highness The Aga Khan and trained by Dermot Weld. She was nearly two lengths behind Pink Dogwood at Navan before getting the better of Who’s Steph at Naas.

The Cheshire Oaks has provided the last two winners here with Enable and Forever Together, the latter having finished runner-up at Chester. This year’s renewal was won by John Gosden’s Mehdaayih by four and a half lengths from Manuela De Vega. The runner-up was conceding 3lbs and was also having her first run of the season. Trainer Ralph Beckett is optimistic that she can finish a lot closer to Mehdaayih on Friday.

Robert Havlin retains the ride on Mehdaayih with Frankie Dettori riding stable companion and Lingfield Oaks Trial winner Anapurna. Both fillies are by Frankel and won their trials comfortably. Anapurna beat Tauteke by six lengths in soft ground and the going is likely to ride a lot quicker at Epsom.

Maqsad put up an impressive performance to win the Pretty Polly Stakes at Newmarket by five lengths. She was always travelling best for Jim Crowley before quickening smartly to beat Shambolic. The runner-up was well beaten at Goodwood last week and Maqsad is tackling a mile and a half for the first time.

She is trained by William Haggas who has decided to run Frankellina, initially expected to run at Royal Ascot. She was slowly away in the Musidora Stakes but made rapid headway in the home straight, eventually finishing a neck second to Nausha. Lavender’s Blue ran well at Newbury when beaten a neck by Queen Power and will have the assistance of Silvestre de Sousa in the saddle. 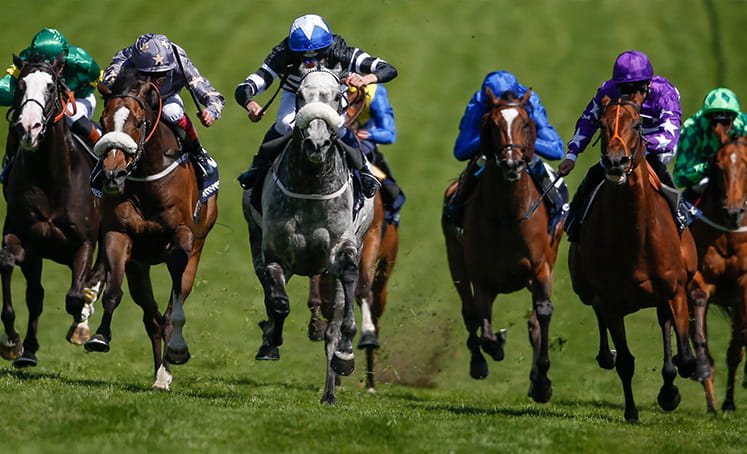 The Epsom Oaks is due off at 4.30 on Friday 31st May and will be televised live on ITV.