Epsom stages the third of this season’s Classic races on Saturday with the Group 1 Oaks over a mile and a half.

Famous winners of the Oaks include Petite Etoile (1959), Dunfermline (1977), Sun Princess (1983), Oh So Sharp (1985) and Ouija Board (2004). The Oaks is restricted to fillies and often attracts runners who ran well in the 1000 Guineas at Newmarket. Aidan O’Brien has won the race six times, including wins in the last two seasons with Qualify and Minding. The Ballydoyle trainer has already won the first two Classic races in Britain this season and saddles the favourite for the Oaks in Rhododendron.

Winter proved too good for Rhododendron in the 1000 Guineas, staying on strongly to win by two lengths. The runner-up had been heavily backed into 5-4 favourite and did not enjoy the clearest of runs. It is unlikely that she would have been able to catch Winter who was an even more impressive winner of the Irish 1000 Guineas last weekend.

Rhododendron won over a mile as a two-year-old and should stay a mile and a half. Her dam Halfway To Heaven won the Nassau Stakes over ten furlongs and has produced winners at this distance. Coral are offering new customers a special price of 20-1 for Rhododendron with stakes limited to £1. You must deposit a minimum of £5 and will receive a £5 free bet even if the horse is beaten.

Her main market rival is the John Gosden-trained Enable, winner of the Cheshire Oaks. The daughter of Nathaniel had finished third to stable companion Shutter Speed at Newbury on her previous start. That filly is heading for the French Oaks with connections feeling that a mile and a half is stretching her stamina. There are no such concerns for Enable who was always holding Alluringly at Chester, eventually being eased down to win by a length and three-quarters.

Natavia ready to step up in class at Epsom

Gosden may also run Coronet, a grey filly by Dubawi out of a Darshaan mare. She won a Listed race over ten furlongs at Newmarket in October. Coronet reappeared at Deauville when staying on into third behind Sobetsu. She looks likely to improve for the step up in distance.

Roger Charlton’s Natavia did not make her racecourse debut until April when second to Dancing Breeze at Newmarket. She started favourite that day and raced on a different side of the course to the winner. Natavia stepped up on that form to win a Listed race at Newbury in impressive fashion, beating Flood Warning by three and three-quarter lengths. She races in the same colours as Enable and will only run if the ground is deemed suitable.

Andrew Balding is optimistic of a good run from Horseplay, a daughter of Cape Cross out of a mare by Lemon Drop Kid. She won a Nottingham maiden by 13 lengths in October and followed up in Listed company at Newmarket in May. She looked all out to hold Isabel De Urbina by three-quarters of a length but impressed on a recent Epsom workout. 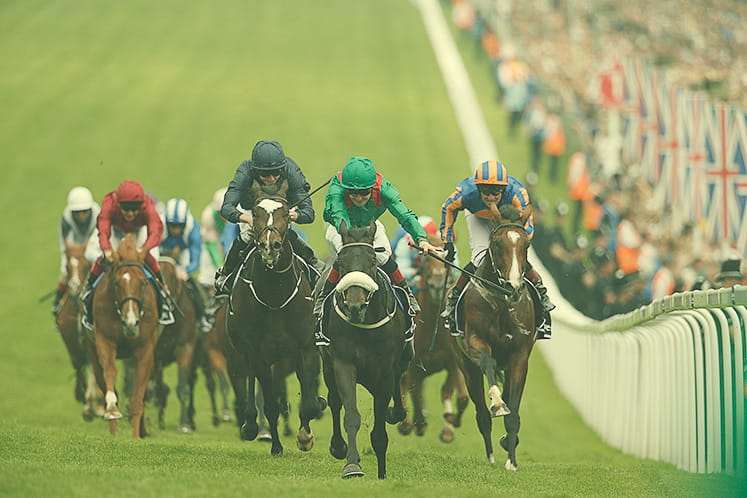 Sobetsu run hinges on the ground

Sobetsu started joint-favourite for the Group 1 Dubai Fillies’ Mile at Newmarket in October. She ran a lifeless race that day but left that form well behind when winning in France. Ground conditions are the key for Sobetsu who will not run if the going becomes fast. The same applies to Hugo Palmer’s Vintage Folly, runner-up to Shutter Speed at York in soft ground.

Alluringly and Isabel De Urbina both have to improve on their trial races to win this. It is difficult to see Alluringly beating Enable on Chester form but Isabel De Urbina was only beaten three-quarters of a length at Newmarket.

The most intriguing runner in the field is American raider Daddys Lil Darling, trained by Kenneth McPeek and ridden by Olivier Peslier. She has raced exclusively on dirt, finishing second in the Grade 1 Kentucky Oaks over nine furlongs. She gained some useful experience on the track recently but there are doubts about her stamina.

*Special price for new customers only, £1 maximum stake per customer with any winnings paid as free bets.

The Oaks is due off at 4.30 on Friday 2nd June at Epsom and will be televised live on ITV.