The Group 1 Oaks is the second fillies’ Classic of the season and is held over a mile and a half at Epsom on Friday.

The Oaks is often the target of 1,000 Guineas winners but Minding (2015) is the only filly to complete the Classic double in the last fifteen years. She provided Aidan O’Brien with his sixth Oaks win and his third in the last six years. Famous previous winners of the Oaks include Petite Etoile (1959), Dunfermline (1977), Sun Princess (1983), Oh So Sharp (1985) and Ouija Board (2004). Oh So Sharp went on to complete a Classic treble in the St Leger at Doncaster.

The favourite for this year’s race is Charlie Appleby’s Wild Illusion who races in the famous blue colours of Godolphin. They have not won the Oaks since Kazzia was successful for Saeed bin Suroor and Frankie Dettori in 2012.

Wild Illusion was a shock 25-1 winner of the Group 1 Prix Marcel Boussac at Chantilly in October. The daughter of Dubawi finished fourth on her return to action in the 1000 Guineas on good to firm ground. Conditions are likely to be on the slow side on Friday and that should suit her. She is a daughter of Rumh who won up to two miles so there should be no stamina concerns.

This could be a big weekend for Newmarket trainer William Haggas. He saddles Young Rascal in Saturday’s Derby and he relies on Give And Take in the Oaks. She won the Group 3 Musidora Stakes at York on good to firm ground. She had previously been beaten three lengths by Crystal Hope who had her limitations exposed behind Sea Of Class at Newbury. Haggas also trains the winner of that race but felt that this race came too soon for the lightly-raced filly.

Aidan O’Brien does not have the favourite this year but is still very strongly represented. Magical had been the shortest in the betting but has been withdrawn following a minor injury earlier in the week. O’Brien still has five of the nine runners including Cheshire Oaks first and second, Magic Wand and Forever Together.

Magic Wand came out on top by three and a half lengths at Chester but it could be much closer on Friday. Many observers felt that the runner-up would have gone very close to winning, had she been ridden closer to the pace. Donnacha O’Brien had to switch her twice in the short home straight and she was certainly finishing strongly.

I Can Fly finished a fair third to Who’s Steph at Leopardstown before running poorly in the 1000 Guineas at Newmarket. She is not certain to stay the trip but there are no such concerns about Bye Bye Baby. She made all of the running to beat Jaega by two lengths over ten furlongs in a Group 3 at the Curragh recently. That was an improved performance from the filly and her dam was runner-up in this race back in 2010.

The Lingfield Oaks Trial winner Perfect Clarity is unbeaten in two starts for Clive Cox and Adam Kirby. Her trainer rates the filly very highly and she handled the track well at “Breakfast with the stars” last week. She had another O’Brien filly in Flattering back in third at Lingfield. The going was on the fast side that day and the ease in the ground could bring an improved performance from Flattering. She had won her previous start by ten lengths in heavy ground at Cork. 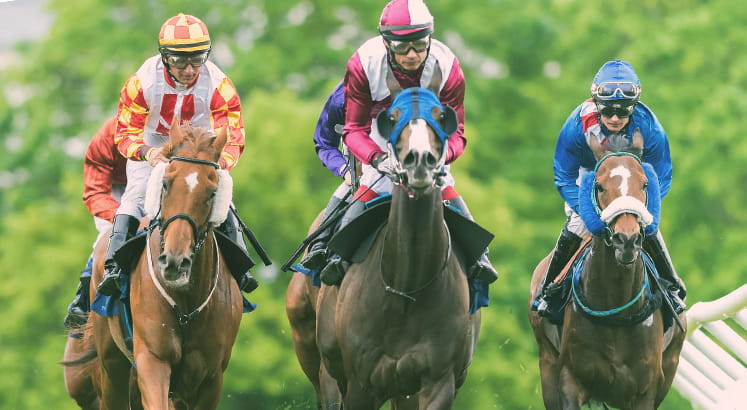 The Epsom Oaks is due off at 4.30pm on Friday 1st June and will be televised live on ITV.