The scene is set for the £1.6 million Epsom Derby on Saturday, still regarded by many as the most prestigious flat race in the world. The roll of honour for the Derby features many of the greatest racehorses of all time including Sea Bird (1965), Nijinsky (1970), Shergar (1981) and Sea The Stars (2009).

Aidan O’Brien will be seeking his seventh Derby winner which would equal the record for the winning-most trainer in the history of the race. His most recent success came with Wings Of Eagles in 2017 while Charlie Appleby trained Masar to win for Godolphin 12 months’ ago.

O’Brien has over half of the field this year with seven of the thirteen declared runners. They include the winners of four of the key Derby trials in Sir Dragonet, Broome, Circus Maximus and Anthony Van Dyck.

Sir Dragonet burst into the Derby picture when cruising to an eight lengths victory in the Chester Vase. The son of Camelot was on nobody’s radar for the Derby prior to winning on his debut at Tipperary in April.

Both of his victories came on soft ground and he did appear to be struggling to go the early gallop at Chester. Donnacha O’Brien gave him plenty of time to find his rhythm and it was obvious from half a mile out that he had plenty in reserve. There are concerns about his inexperience on this turning track and his ability to handle faster ground.

Broome seems to have improved considerably this season now that he has stepped up beyond a mile. He won the Ballysax Stakes by eight lengths before beating Blenheim Palace by two and a half lengths in the Derrinstown Stud Derby Trial. Circus Maximus seemed to make hard work of winning the Dee Stakes while Anthony Van Dyck won a weak renewal of the Lingfield Derby Trial.

The Dante Stakes at York looked by far the strongest trial, Telecaster repelling the challenge of Too Darn Hot by a length with Aidan O’Brien’s Japan in fourth place. Telecaster ran very keenly, tracking the trail-blazing Turgenev until that horse gave way at the furlong marker. It was a courageous effort to hold on for the victory and connections have stumped up £85,000 to supplement him for the race.

Japan drifted alarmingly in the betting at York after persistent reports that he was not 100% fit. In the circumstances, he stayed on well to finish fourth and it would be no surprise to see a much improved performance on Saturday.

Madhmoon finished fourth in the 2000 Guineas, a path taken by several Derby winners in the past. He will be bidding to give veteran trainer Kevin Prendergast a first Derby victory but there are stamina concerns.

Bangkok does have a staying pedigree and beat Telecaster at Doncaster in March. He followed up in the Sandown Classic Trial but that form has not worked out at all. Godolphin’s hopes of a second Derby win rest with Line Of Duty but there was little cause for optimism in his Dante effort when finishing only seventh. 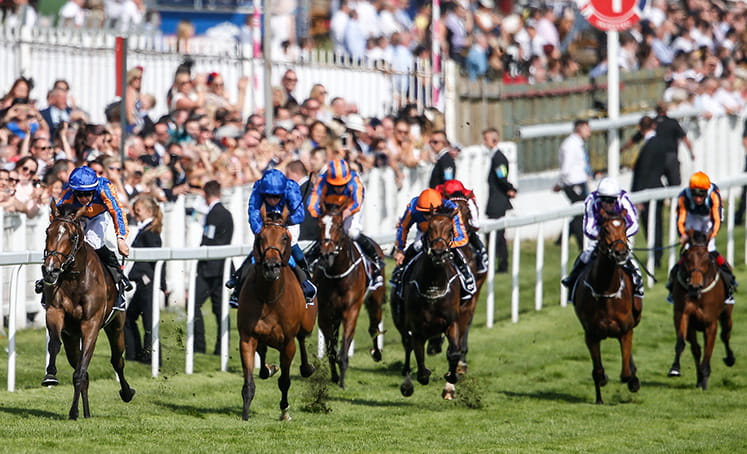 The Epsom Derby is due off at 4.30pm on Saturday 1st June and will be televised live on ITV.