England will be pleased with the draw for the group stage for the 2018 World Cup. Gareth Southgate’s team has been drawn in Group G with Belgium, Panama and Tunisia.

The Three Lions were handed a favourable draw when Panama and Tunisia were drawn in England’s group. Belgium had already been drawn as the seeded team in the group and at least on paper, are likely to provide the sternest test.

As England were drawn in fourth position in the group, this means England avoid Belgium until the last group game. The hope for England fans will be that by that stage they will have had two victories against the minnows in the group and the game against Belgium will decide who finishes first and second.

This is certainly a view held by former Liverpool defender Mark Lawrenson. Lawrenson provides analysis for BBC sport and believes that if England cannot qualify from this group then they should give up playing football altogether.

Tunisia will be England’s first opponents on Monday the 18th June. England manager Gareth Southgate has fond memories of playing Tunisia, Southgate played the only time the countries have met competitively. That was England’s opening game of the 1998 World Cup in France, a game which England won 2-0.

Tunisia manager Nabil Maaloul believes his team have what it takes to beat England and when asked if he was happy to be drawn against England, he gave the confident reply, “Yes, and we will win.”

Panama are the dark horses of the group and have never appeared at the World Cup. They have also never played England. With so few of the Panama players appearing on the European stage, this could be a potential banana skin opponent for England. England play Panama in the afternoon of Sunday 24th June. 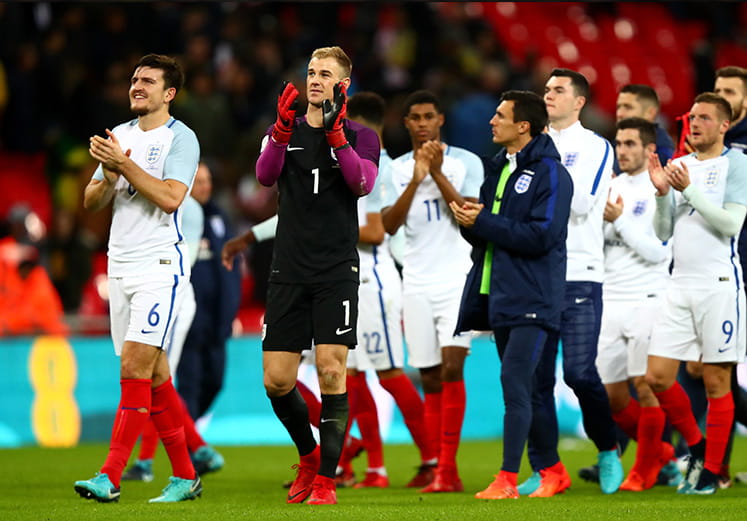 FA chief executive Martin Glenn has annoyed some sections of the England support with comments that Gareth Southgate will continue to be England manager even if England have a terrible tournament and lose all the games.

Whilst the desire to manage the nation’s expectations is understandable, English success this year at both the under-17 and under-20 level has shown that we have the talent to pose a threat. As often with England it seems it’s the inability for the players to handle the pressure rather than playing ability that lets us down.

England go into next years’ World Cup with poor form at the knockout stage of competitions. The last time England were victorious after the group stage was in the World Cup in Germany over a decade ago.

The good news for fans is that all the action is on terrestrial TV with BBC showing the Tunisia and Panama games and ITV will be showing the Belgium fixture.