Can England win all their group matches?

England have won with ease all 8 games in Group E and have ensured their participation in Euro 2016. The Three Lions will have to play another two games to complete the qualifying round; a home match against Estonia, who still hold ambitions of qualifying to the play-offs and a visit to Lithuania, another team still in with a chance.

Wayne Rooney can now enjoy himself against these teams, having written his name in the history books, after becoming the top English international goal-scorer. Jamie Vardy and Danny Ings will also be given a chance to play for their country. The goalkeeper Tom Heaton can be proud of himself, having received an international call-up. Another player to be joyful because of his inclusion in the squad is Tottenham’s midfielder Dele Alli who is winning his first cap.

English captain, Rooney, has scored twice in England’s last two matches against Estonia. The striker secured the points in the last meeting between the teams. Wayne Rooney found the net in the 73rd minute from a dangerous free kick and England won 1-0 at Le Coq Arena in Tallinn.

The Everton defender John Stones has been ruled out due to injury. Tottenham right back Kyle Walker has been called up instead.

Estonia’s head coach, Magnus Pehrsson doesn’t have any major absentees from his squad and he can use his best players in the upcoming fixture.

Tom Heaton, Burnley, the goalkeeper, can’t wait for his first international participation. Despite playing in The Championship league, he impressed Roy Hodgson with his saves and deserves to be included in the squad.

Liverpool striker, Danny Ings, is given his first cap from England’s manager and he has to grab the chance if he wants to stay in the squad. 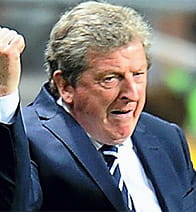 Roy Hodgson (England) : “If I cast my mind back, there seems to be so many more players now knocking on the door than there were four years ago, so that’s got to be very positive.” 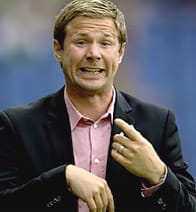 Magnus Pehrsson (Estonia) : “We have the intent of winning matches and achieving the best possible results.”