England finally produced a performance in the third Test against the West Indies. England had already lost the series but will take positives from a much-improved showing during the final Test.

Far from being a gentle introduction into the new cricketing year, the tour of the West Indies has been a sobering experience for the England team. Old frailties were exposed by the Windies but could this series be a blessing in disguise as England set their sights on challenges ahead?

England captain Joe Root described England’s third Test victory over the West Indies as “massive” and expressed the feeling that this result will give them confidence as they head into a chaotic and important summer of cricket which includes an Ashes series against the Australians.

Whilst a rallying call of the troops is both understandable and laudable from the England captain, few who watched England’s performances over the Test series will as optimistic as the Sheffield born 28-year-old.

Granted, England deserves credit for winning for the third Test. A reversal of fortune after losing the opening two Tests deserves at least a nod of approval but winning a dead rubber encounter against a far inferior Test team than England is hardly a cause for celebration in many supporter’s eyes. At very least it should prove the need for reflection for this England team who are in real danger of suffering a heavy Ashes defeat at the hands of the Australians, a fate they experienced last time with the Australian’s enjoying a 4-0 series win. To make matters worse Australia had the series wrapped up by the third Test, England suffering the humiliation of Australia even having an innings left to spare.

Whilst this encounter against the West Indies doesn’t have the same stigma as the Ashes defeat, it is close! The West Indies, at least at test level are no Australia and should have been competent but beatable opponents as England look ahead to bigger challenges.

The first Test against the West Indies was perhaps forgivable. Feeble scores of 77 and 246 from the England batsman was easily achieved by the West Indies and many expected the lesson to be learnt and a different England would appear for Test 2.

The second test was if anything even worse. Another batting collapse by England saw them posting scores of 187 and 132, totals easily matched by the Windies who hit 306 and easily achieved the 17 they required in the second innings. So easy in fact that the West Indies had 10 wickets in hand.

The third Test provided at least a consolation victory for the English. Batsman Roston Chase doing what few English batsmen have done recently by scoring a ton, helping England achieve a comprehensive 232-run victory. James Anderson doing the damage with the ball, ripping through the West Indies’s top order with three quick wickets.

A welcome victory but hardly the morale-boosting tour that many expected. England now will face a number of one-day internationals before the Ashes takes place on home soil. The first game is scheduled for the 1st of August. 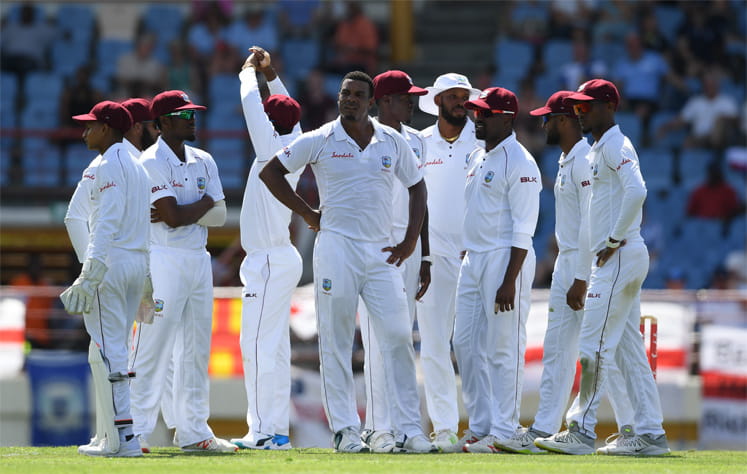 Despite the often indifferent performances on the pitch, off-field England captain Joe Root has received praise for his tackling of homophobic comments by the West Indies team.

Upon hearing comments by West Indies Shannon Gabriel, Root could clearly be heard saying “don’t use it as an insult”. It is believed that the Windies bowler has used the word “gay” in a derisory manner, something the England captain was quick to address and also bring to the attention of the umpires. An action that led to Rod Tucker and Kumar Dharmasena giving the player an initial verbal warning, this later escalated into a formal charge which will be adjudicated on by match referee Jeff Crowe. The England captain is married and has a two-year son is believed to have said to Gabriel, “there is nothing wrong with being gay.”