Despite a battling performance, England narrowly lost the Rugby League World Cup final to Australia. The Kangaroos continued their fine form as they won all six games in the competition to be crowned world champions for the 11th time.

No-one can question the England’s team commitment as they produced the finest performance in the World Cup by an England team for over twenty years but Boyd Cordner scored the only try of the game to give the Australians a marginal victory.

England headed into the final having already lost to the Australian’s 18-4 in England’s first game of the tournament. Ranked at 7/1 outsiders by the bookmakers before the game, few expected England to cause the Australians many problems but a determined England proved they were no push-overs.

In the first half, it was England’s rear guard that frustrated the Australian attack. Wave after wave of Australian attacks were repelled but it was a rare spell of indiscipline and lack of concentration that would hurt England and ultimately cost them the match.

Kallum Watkins unluckily fumbled a kick by Australian halfback Cooper Cronk over his own line and England had to endure back-to-back in-goal dropouts. James Roby conceded another penalty and Australia wasted no time in taking full advantage.

Canterbury Bulldogs’s Australian prop Aaron Woods managed to attract the English defense and when the ball reached Cordner, his pace was enough to take him over the line to secure the try. Kangaroos captain Smith added to England’s misery later by scoring from a goal kick.

After the match, Australian Cameron Smith spoke of his relief of winning the World Cup and was highly complementary of the fight that the English put up.

This was a game that was decided on the finest of margins, had Australia’s Michael Morgan’s try not been ruled out by referee Gerard Sutton for an obstruction by Cameron Smith then the score line could have been much healthier in favour of the Australians.

Shortly after the interval, Dugan caught Gale’s kick whilst past his own line and broke clear. Jordan McLean put Morgan over but the referee’s call saved England.

That is not to say England didn’t have chances to win the game.

Kallum Watkins looked like he had a clear run through to score but a diving Josh Dugan managed to perform a brilliant ankle tap on Watkins, time seemed to stand still as Dugan wobbled and English hearts were well and truly in mouths but unfortunately the tap was enough to send Watkins to the floor.

You had the sense that if that moment had been different, so could have been the result.

This will be a bitter pill to swallow for the England players, they gave so much and can hold their heads very high after performing so well against a team that are veterans of winning the World Cup.

There are positives to be taken from a scintillating encounter, England surprised many by the narrow margin of defeat but it was more than that.

England stood toe to toe with the best team in the world and did themselves proud. You feel there is more to come from this England team. Sometimes losing by the finest margins is the hardest to take but this encounter was a classic that will be talked about for years. 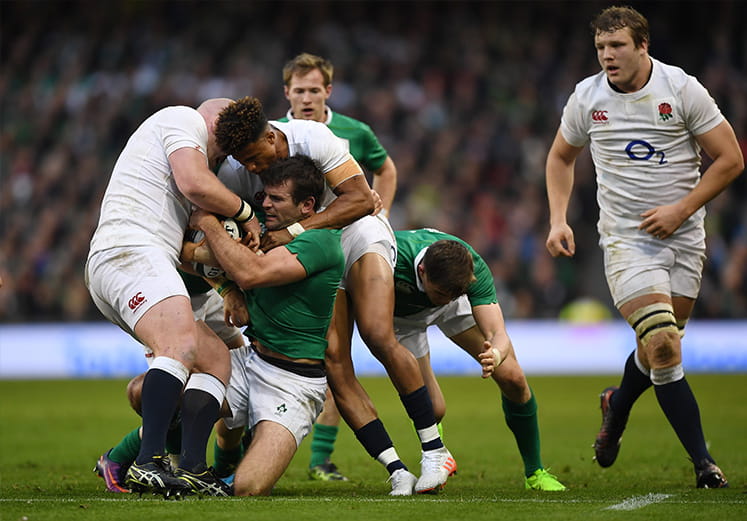