The big betting race at Newcastle on Saturday is the £80,000 Eider Chase over four miles at 2.40. There are not many opportunities over this marathon distance and it is regarded as a trial for the Grand National. Highland Wedding won this race in 1966, 1967 and 1969, going on to win at Aintree on the third occasions. David Pipe trained Comply Or Die to win both races in 2008. Other notable winners include Waggoners Walk (1981), Lucky Vane (1984), Willsford (1995) and Merigo (2009). Baywing won the race 12 months’ ago for Nicky Richards and Ryan Day, beating West Of The Edge and Portrait King.

Bookmakers have priced up Sharp Response as their early market leader, trained by Sue Smith. He finished fourth to Lake View Lad here over three miles in December before filling the same spot behind Daklondike at Haydock. Smith stepped the eight-year-old up to three and three-quarter miles at Catterick last month where he comfortably beat Little Bruce by five lengths. He now races off a 6lbs higher mark.

Henry Daly’s Back To The Thatch is also prominent in the betting lists, a seven-year-old gelding by Westerner. He ran well when fourth to Ramses De Teillee at Chepstow in heavy ground in December. He then chased home Chef D’Oeuvre at Haydock but is up 5lbs despite that defeat.

The drying ground will be good news for connections of two-time Scottish National winner Vicente. Paul Nicholls aimed it at a third consecutive Ayr victory last season but he could finish only fifth behind Joe Farrell. He ran an encouraging race when third to Royal Vacation at Taunton in January and the Nicholls stable are in peak form at present.

David Pipe’s Daklondike is slightly unpredictable but a good stayer in testing conditions. He ground out a victory at Haydock in December but unseated his rider early on at the same track the following month. Gordon Elliott may elect to run Folsom Blue, a regular visitor to these shores this winter. The twelve-year-old has already run over hurdles at Haydock and Sandown and was down the field in the Welsh National at Chepstow. He stayed on well last time but is unlikely to find much improvement.

Just Your Type bids to bounce back at Newcastle

Charlie Longsdon saddles Just Your Type, a seven-year-old by Morozov with very few miles on the clock. This is a tough assignment for a novice but the gelding was well in command when falling at Exeter last month.

Ange Des Malberaux has won four of his five races over fences including the last two at Market Rasen and Warwick. There don’t appear to be any stamina concerns for this one, although he does have a 10lbs hike in the weights to contend with. He could still sneak in near the minimum mark of 10 stone and must be considered.

Potters Corner won at Wincanton on Boxing Day but fell two fences out when trying to rally next time. He has one victory from seven starts over fences for Christian Williams. Baywing may attempt to repeat last year’s victory and could be joined by stable companion Progress Drive. Baywing is 7lbs higher in the weights and has not shown any form since finishing second to Smooth Stepper at Kelso in April. He has shown his best form on heavy ground and conditions may not be in his favour this weekend. Process Drive was third to Harry The Viking over this trip at Kelso in December and his form also suggests a preference for soft ground. Lucinda Russell is still optimistic that stable star One For Arthur will recapture his form in time for Aintree. Her representative here is Big River, a faller at Newcastle in December. He has since had a run over hurdles and is on a reasonable handicap mark.

West Of The Edge ran a cracker last year for Dr Richard Newland but has not performed anywhere close to that level since. The blinkers have not helped in his last two appearances so it would be no surprise to see them left off this weekend. 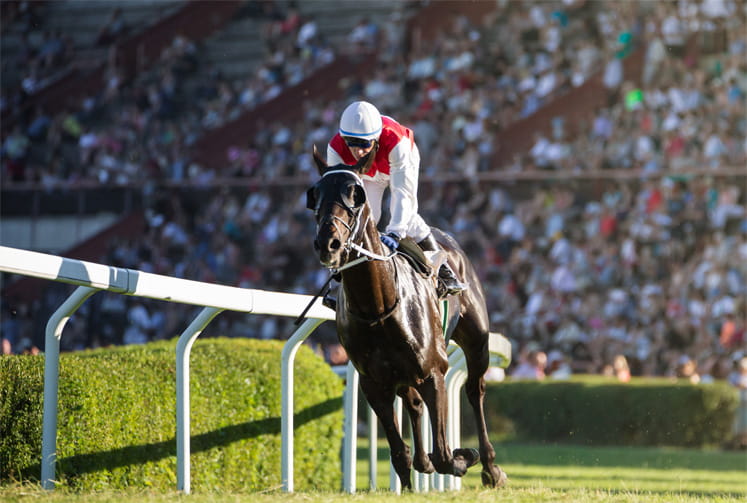 A jockey at the Eider Chase

The Eider Chase is due off at 2.40 at Newcastle on Saturday and will be televised live on ITV4.