The Dubai World Cup takes place at Meydan on Saturday with Arrogate expected to underline his status as the best racehorse in the world.

The feature race may have lost its status as the world’s richest horse race to The Pegasus Invitational, but it is still one of the most sought-after prizes in flat racing. The Dubai World Cup was first run in 1996 when the American champion Cigar gave the event the perfect lift-off. Dubai Millennium fulfilled Sheikh Mohammed’s dream of winning the race for Godolphin in 2000. The famous blue silks have gone on to achieve success in five subsequent occasions, most recently with African Story in 2014.

Arrogate is the highest rated horse in the world following his win in the inaugural Pegasus World Cup Invitational in January. That race had been billed as a rematch between Arrogate and Breeders’ Cup Classic runner-up, California Chrome.

As it turned out, there was only one horse in it as Arrogate strode to a four-and-three-quarter length win over Shaman Ghost with California Chrome fading to finish ninth. The four-year-old burst onto the scene when winning the Grade 1 Travers Stakes by thirteen-and-a-half lengths in August. Baffert knew his horse was special but even he admitted to being stunned by the manner of his victory.

He then got the better of California Chrome in an epic duel at Santa Anita, staying on powerfully to wear down his rival. With that horse now retired, Arrogate appears to be head and shoulders above the best middle-distance horses in the world.

Baffert also saddles Hoppertunity, a six-year-old son of Any Given Saturday. He has won six of his 23 career starts but finished more than ten lengths behind his stable companion in the Travers. He was fourth to Gun Runner in the Clark Handicap in November and returned to winning ways at Santa Anita last month.

Steven Asmussen’s Gun Runner is a progressive four-year-old by Candy Ride out of a mare by Giant’s Causeway. He has won six of his twelve starts including the Razorback Handicap at Oaklawn Park. He comfortably landed odds of 1-5 that day, finishing five-and-three-quarter lengths clear of Hawaakom. He has fifteen lengths to make up on Arrogate from the Travers Stakes but is expected to finish in the money. 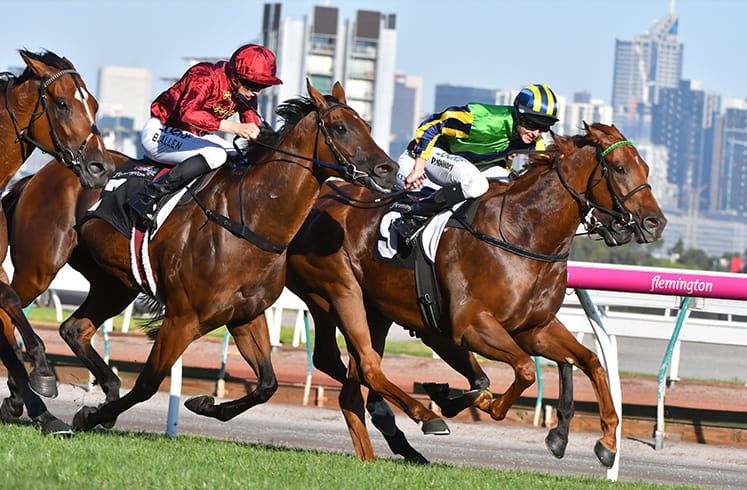 Christophe Soumillon rides Mubtaahij for Mike de Kock, a five-year-old son of Dubawi. He won the UAE Derby in 2015 by a wide margin and finished a creditable second in this race last season. He was no match for California Chrome that day and all available form suggests he will struggle against Arrogate.

Special Fighter was behind him in fourth place last year, five-and-a-quarter lengths off the winner. He has since joined trainer, Maria Ritchie, and made a promising start when chasing home Long River earlier this month. He could not overhaul the 25-1 shot in the closing stages but holds Furia Cruzada (3rd) and Move Up (4th) on that evidence.

Keen Ice is a five-year-old by Curlin trained by Todd Pletcher and ridden by Javier Castellano. He was eleven lengths behind Arrogate at Gulfstream Park last time, almost exactly the same distance as in the Breeders’ Cup. It is difficult to see him reversing the form on Saturday.

Pletcher also saddles Neolithic, a four-year-old colt by Harlan’s Holiday out of a Victory Gallop mare. He was beaten by eight-and-a-quarter lengths in the Pegasus World Cup after being quickly overhauled by the favourite at the quarter-mile pole.

The Japanese are pinning their hopes on Gold Dream. The four-year-old beat Best Warrior by a neck to take the Grade 1 February Stakes last month. The big question mark against him is the distance as he has been beaten on all three previous attempts beyond a mile.

The Dubai World Cup takes place at 4.45 on Saturday 25th March and will be broadcast live on AtTheRaces and Racing UK.