The Dubai World Cup is preceded by the £4.8 million Group 1 Dubai Sheema Classic at Meydan on Saturday.

It is for horses aged four years and upwards, it is run over a mile and a half and is one of the richest races on turf in the world. It was first run in 1998 when Frankie Dettori won on Stowaway for Godolphin. The famous blue silks were also carried to victory by Sulamani (2003) and Rewilding (2011).

Roger Varian saddles Postponed, a six-year-old son of Dubawi out of Ever Rigg by Dubai Destination. He has won nine of his nineteen races including his impressive win by two lengths over Duramente in this race last season.

He went on to win the Coronation Cup at Epsom with a brilliant four-and-a-half length success over Found. He beat Highland Reel in the Group 1 Juddmonte International at York next time but ran below his best in the Prix de l’Arc de Triomphe. He finished six-and-a-half lengths behind Found at Chantilly after coming under pressure with a quarter of a mile to travel.

Postponed reappeared at Meydan earlier this month and was surprisingly held by Prize Money. He was running on strongly at the finish but the Godolphin horse held him off by a neck. That run is expected to have put him straight for this race.

Highland Reel has proved a real globetrotter but improved throughout last season, winning at Ascot and at the Breeders’ Cup. He was also placed in the Juddmonte International, the Arc and the Hong Kong Vase. The son of Galileo is at his best on fast ground and was given a brilliant ride by Heffernan at Santa Anita. He kicked clear at half-way and never looked like being caught, eventually beating Flintshire by a length and three-quarters. Moore will have him prominent on Saturday but he is unlikely to be given too much rope by his rivals. 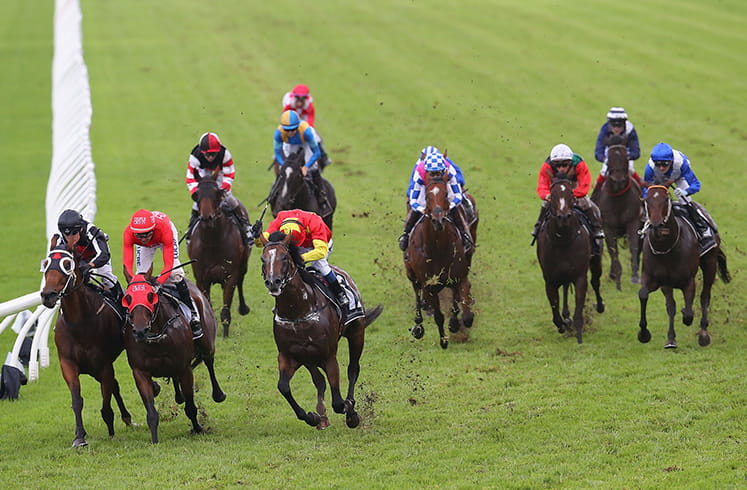 Seventh Heaven won last season’s Irish Oaks and Yorkshire Oaks after a disappointing run at Epsom. She was only fourth at the Breeders’ Cup but a mile and a quarter on fast ground was always likely to be too sharp. She should have conditions in her favour at Meydan and is certainly entitled to respect.

The 2015 Irish Derby winner, Jack Hobbs, met with an injury last season. He was pulled up at Newmarket in April and was not seen again until the Champion Stakes at Ascot in October. Considering his lengthy absence, John Gosden must have been delighted when he finished third to Almanzor. He was staying on well in the closing stages and finished less than two lengths behind Arc winner, Found.

Prize Money produced an upset last time and is reunited with winning jockey Adri de Vries. The son of Authorized has won three of his four races since being gelded and is likely to be held up until the closing stages. Japanese hopes rest with Sounds Of Earth, a six-year-old gelding by Neo Universe out of a mare by Dixieland Band. He was second in the Japan Cup in November but was well beaten on his next start at Nakayama. Earnshaw completes the line-up; he is without a win in his last seventeen races but has been running well over shorter distances recently.

The Dubai Sheema Classic is due off at 4.05 on Saturday 25th March and will be televised live on AtTheRaces and Racing UK.